Hugo Öfverström, born 13.11.1900 in Kungälv in Sweden, died 1972.  He was married to Brita Öfverström, born Bjelke. They had no children. He was related to a family with generations of famous artists and glass blowers, well known for their work for decades at the Corning Glassworks.

He studied at The Valand Academy of Fine Art 1919-1922, under the well-known painter Birger Simonsson. Shortly afterwards he travelled to America 1923-1928 where he developed his art further.  He returned to Gothenburg and opened a shop and workshop where he sold his paintings as well as furniture decorated in faux lacquer in the Chinese style of the period.  After a few years he gave up the shop to concentrate solely on painting pictures.  He loved his home region of

Bohuslän and its archipelago, which he depicted in his own style, known for his water reflections, wild flowers and fishing villages with their old traditional craft.  Later he was admired for his even more impressionistic studio works of flower still lives, landscapes and gardens full of different dazzling flowers. He was a master at the difficult art of depicting water surfaces and as an example the magical depth of a small dark mere.

He was commissioned to decorate the walls of the functional style Royal Cinema at Kungsportsavenyn in Gothenburg which opened in april 1940, now called Roy, it was recently reopened  after a full restoration including the paintings of Hugo Öfverström.  Öfverström disliked competitions and most exhibitions but he did exhibit at Liljevalchs Art Gallery 1921 and 1934, and at Ny Konst Gothenburg 1922. 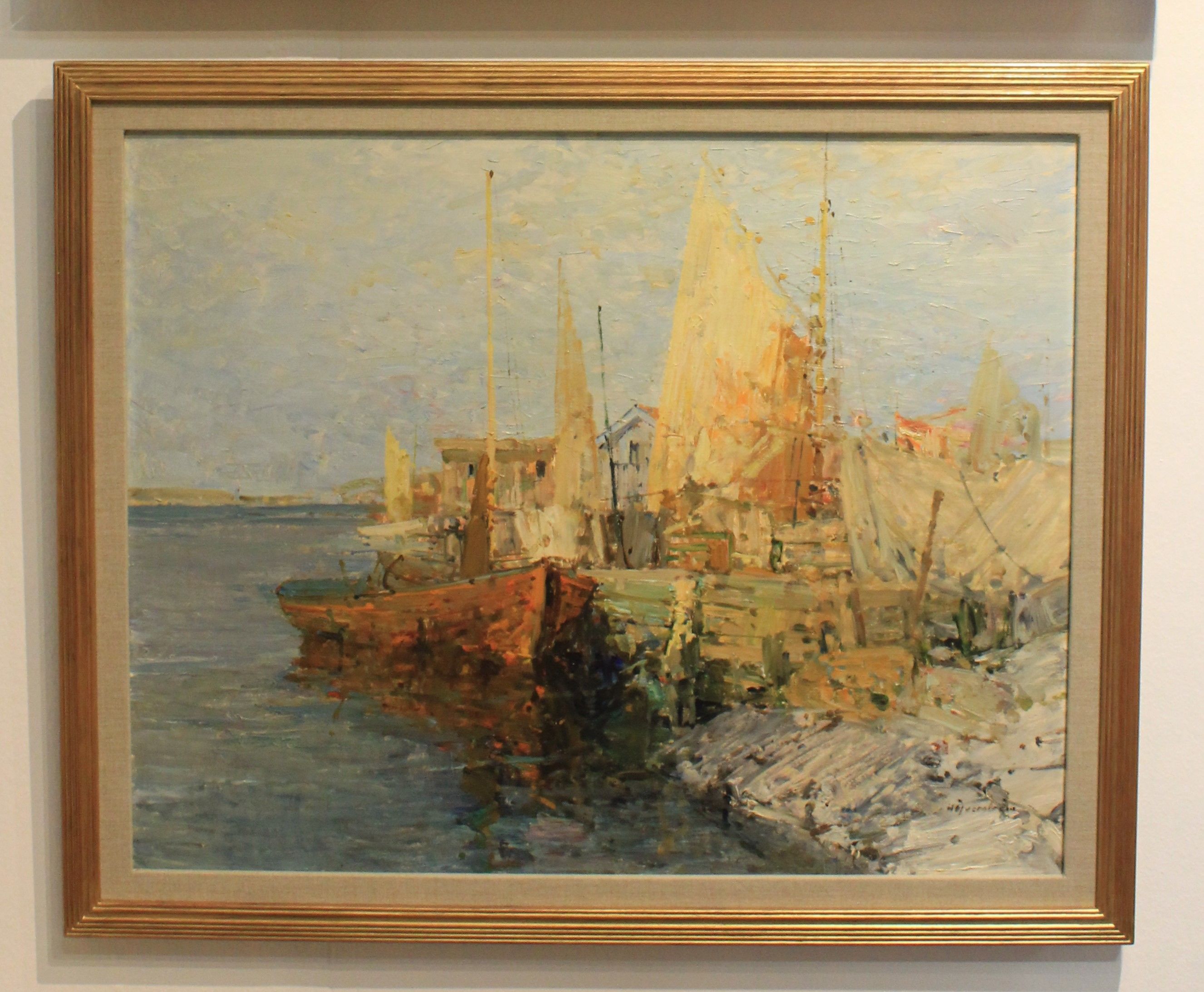 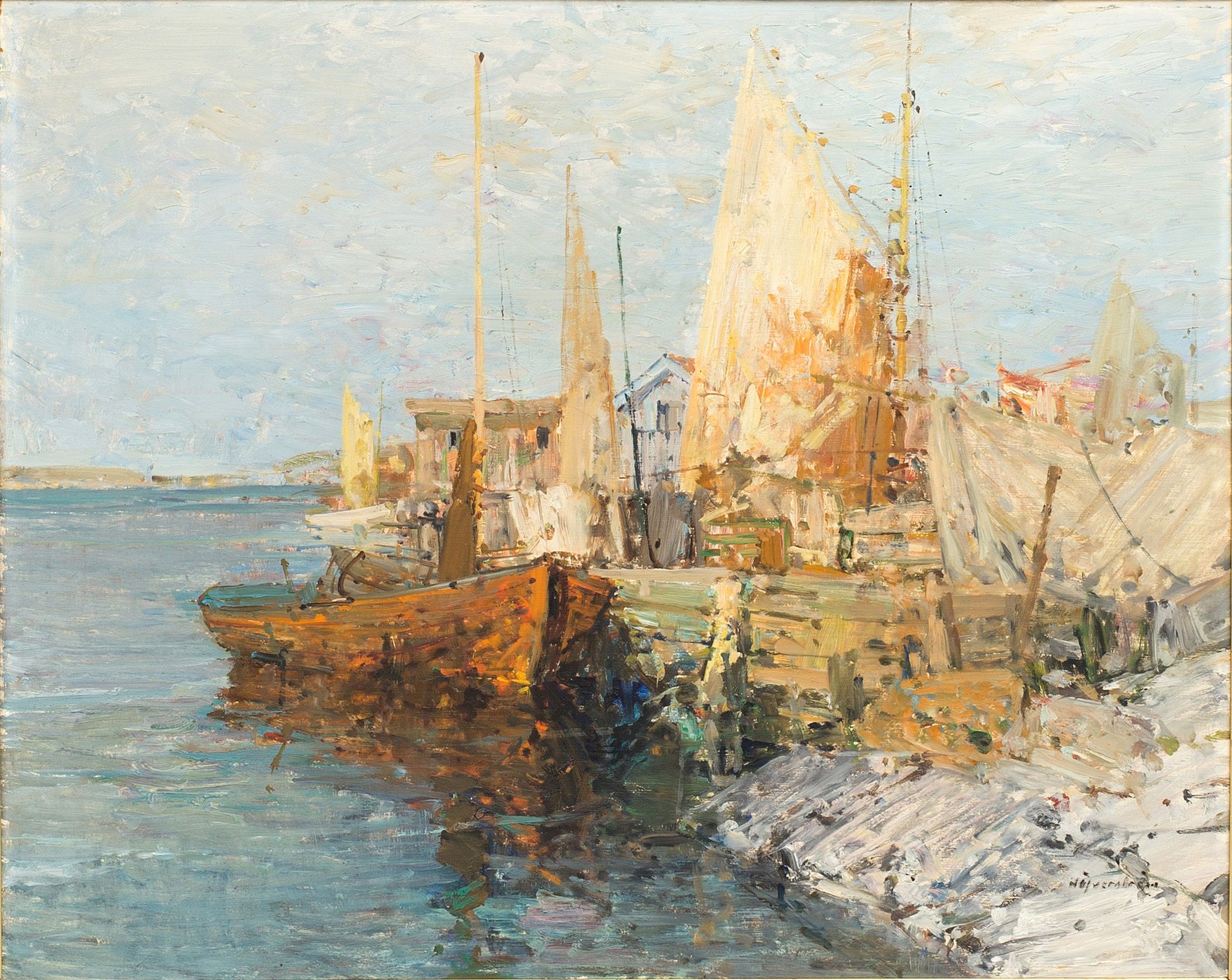