Vicke (Viktor) Lindstrand, Swedish 1904-1983.  He was a glass artist and designer, illustrator, textile and ceramic designer.  He worked at orrefors between 1928 and 1941 where he designed classic shapes with engraved decoration, often stylized.  At The Stockholm Exhibition of 1930 he showed painted glass.  During the 1930's came engraved and optic blown glass with the designs - "Pärlfiskaren" and "Hajdödaren".  In the lead up to the Paris World Trade Fair of 1937 he starts work on thick walled glass, and improves the Graal Glass technique, and with Edvin Öhrström they introduce Ariel Glass.

Early production consisted of window glass, chandeliers and drinking glasses. From the 1840s, the factory was at the forefront of new trends and technical developments, producing pressed glass, and in the 1880s setting up a new glass-cutting workshop.  In 1903, the company merged with the Reijmyre glassworks, but both retained their own names and Kosta went on to maintain its reputation as one of the leading Swedish manufacturers with a range of fine art glass and tableware by distinguished designers such as Vicke Lindstrand, artistic director from 1950-1973. 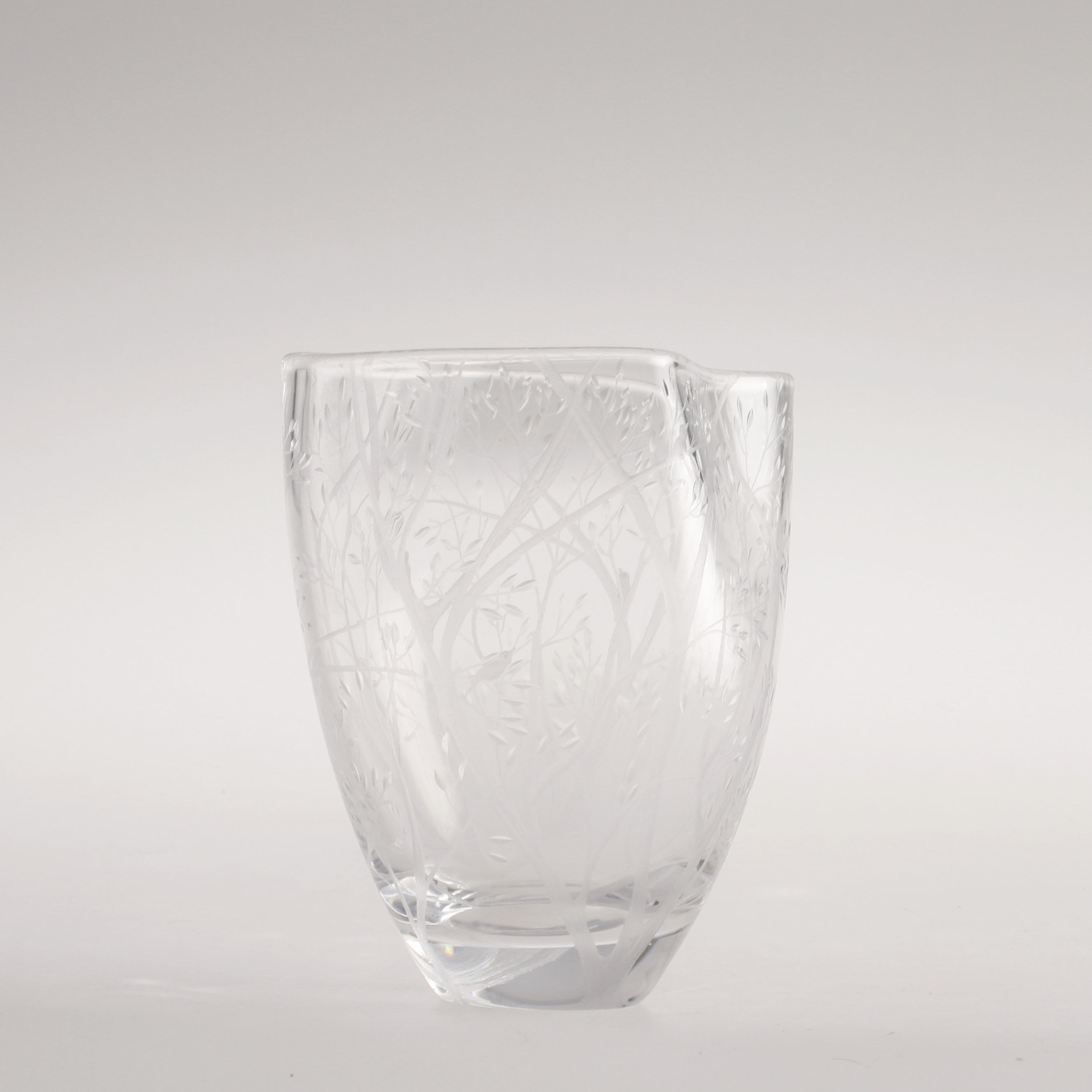 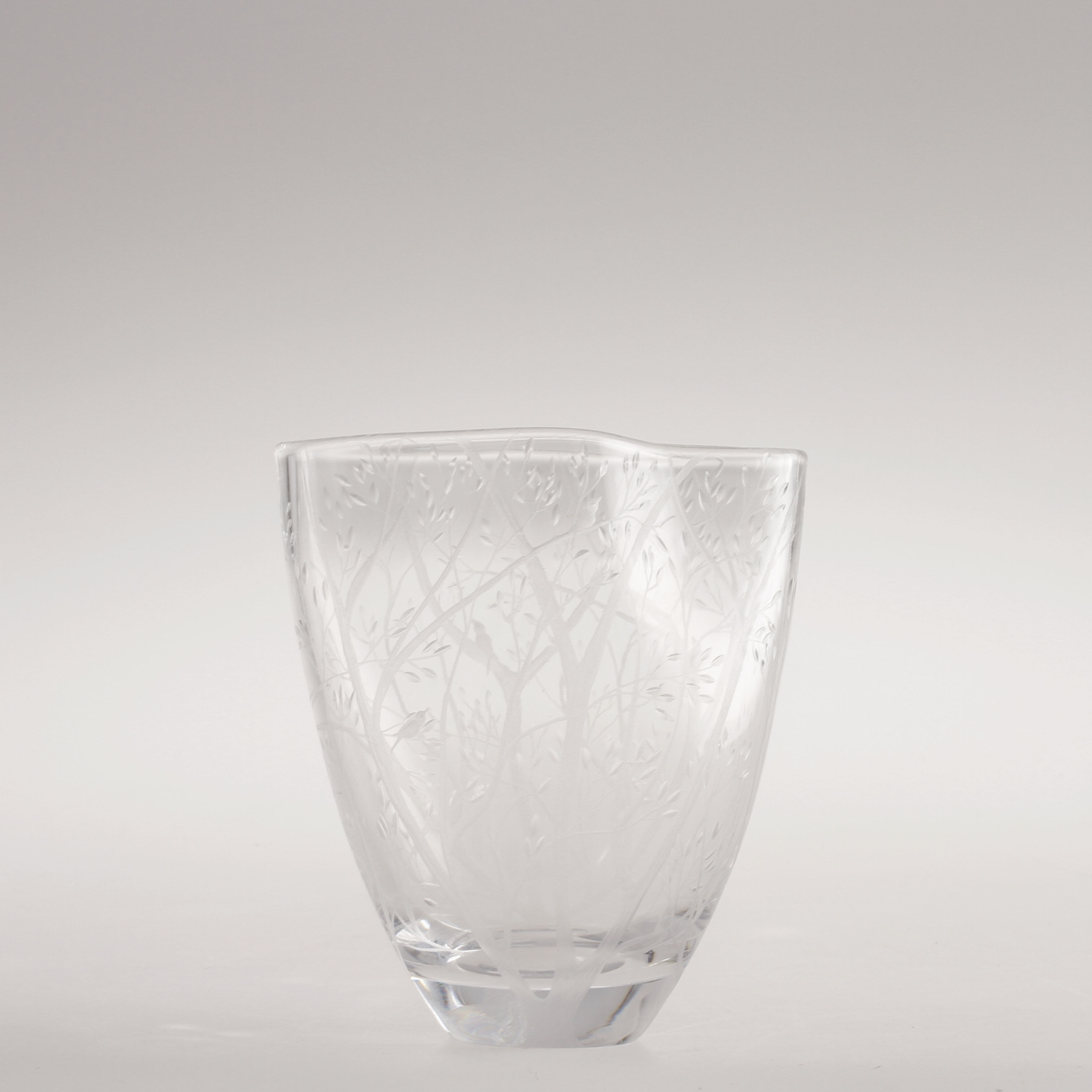 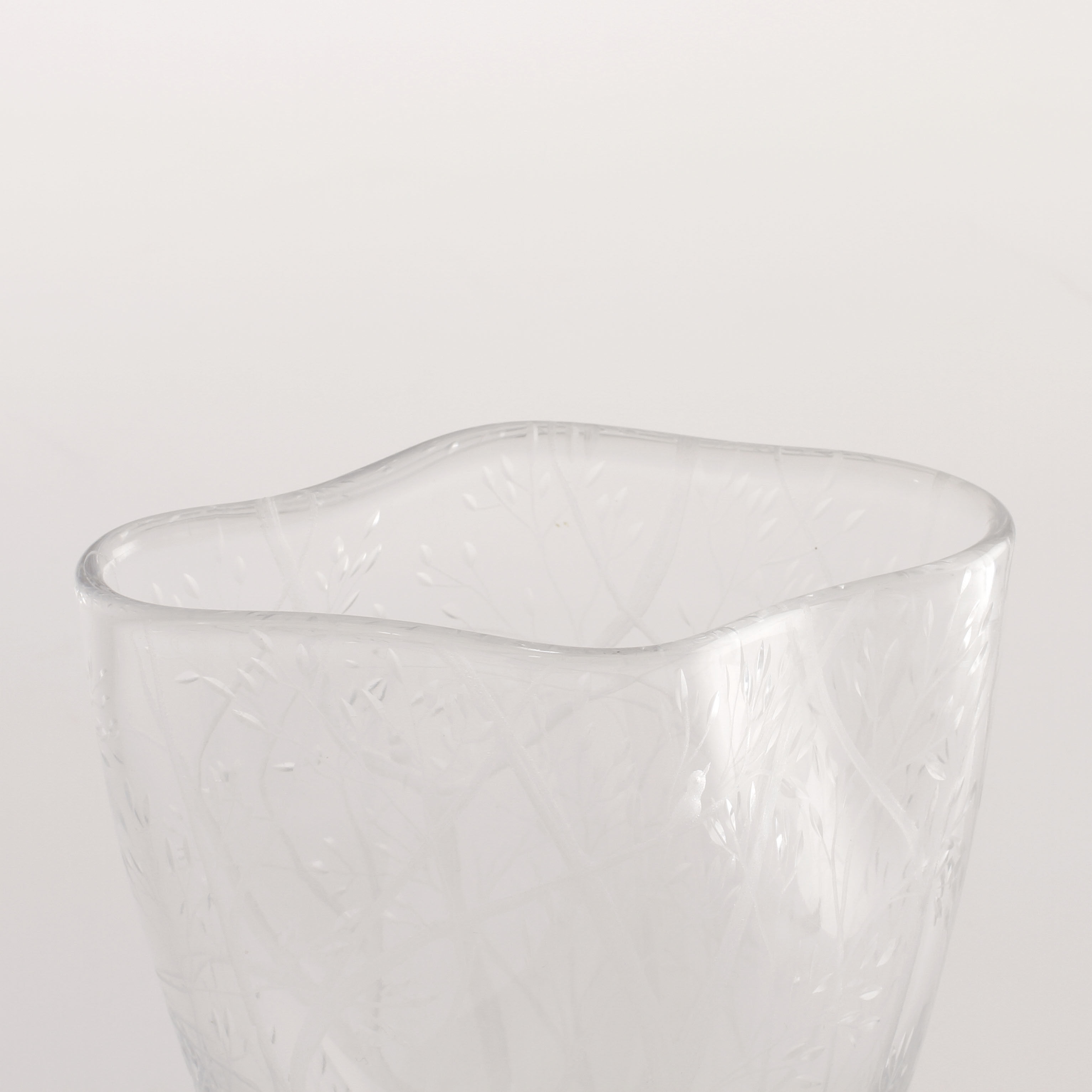 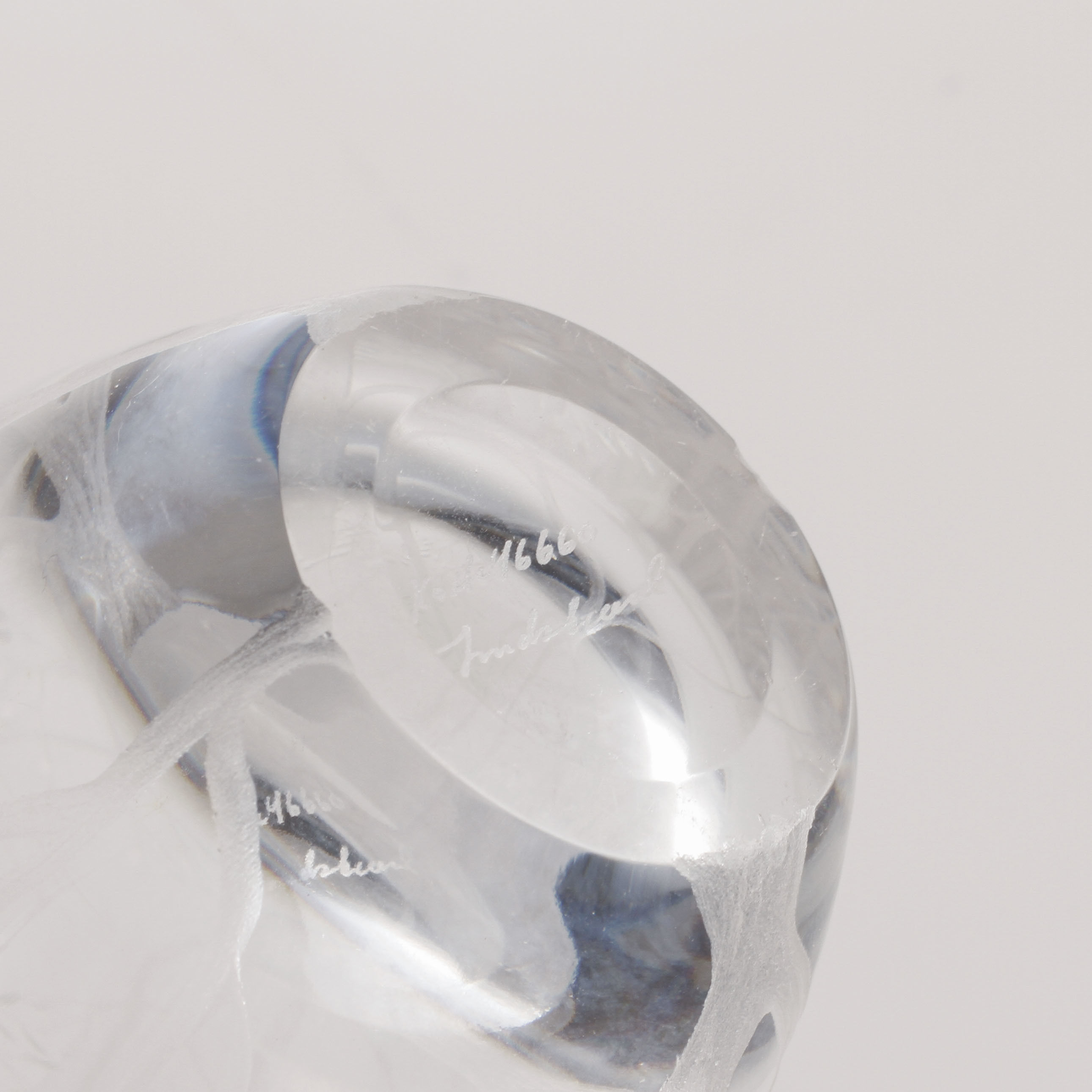