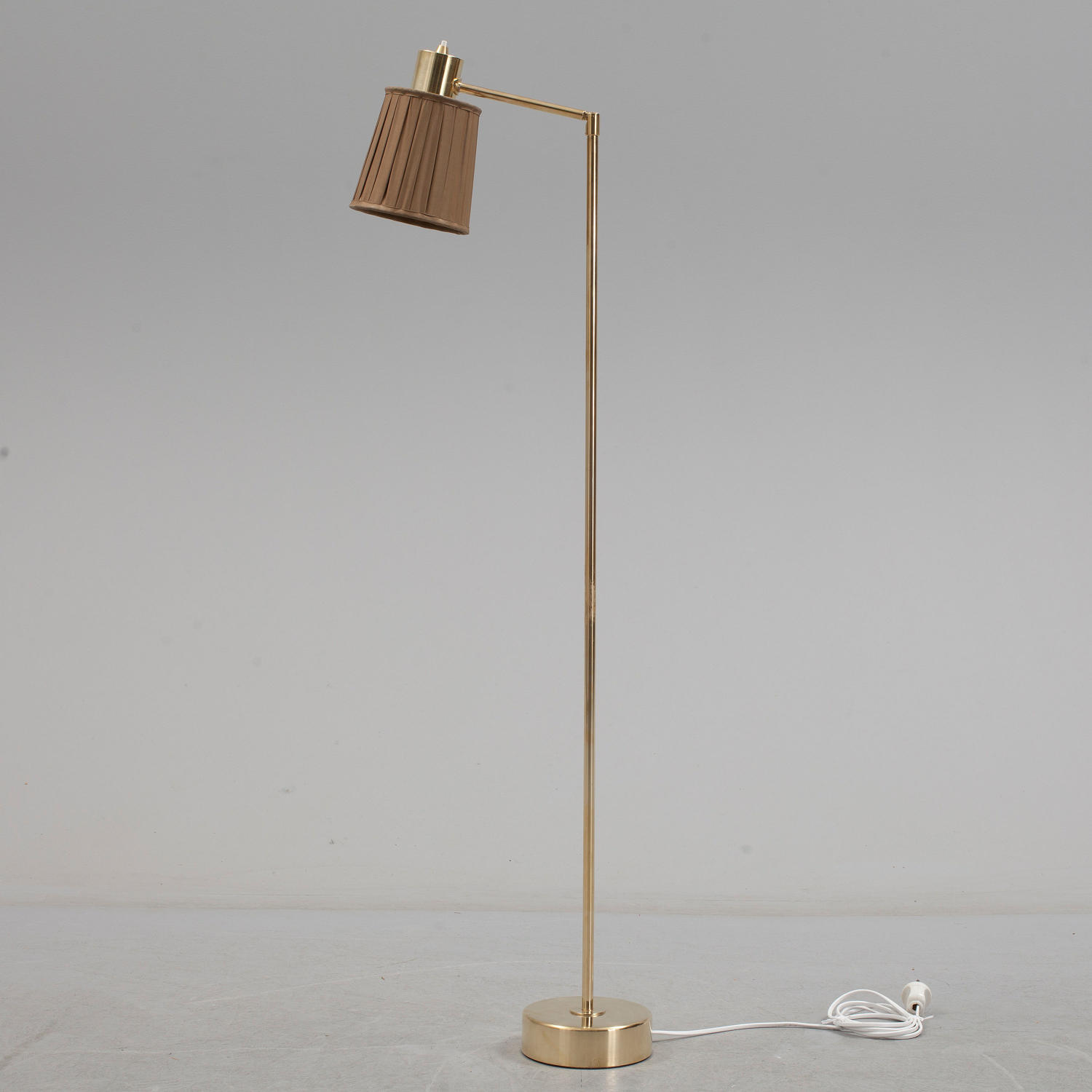 Swedish architect-designer Hans Bergström was born in 1910 in Karlshamn and died in 1996.  After completing secondary school in 1927, he worked for several years at the Ystad-Metall metal manufactory in Ystad, where he designed lamps, mirrors, bottles, jars, and bowls. In 1929, he enrolled in Stockholm’s Konstindustriell Skola (now known as Konstfack), notably designing a chandelier (1932) for a church in Iggesund for his thesis project. After graduating in 1933, Bergström returned for a short time to Ystad-Metall before establishing his own lighting firm, ateljé Lyktan, in 1934 in Helsingborg. In 1935, he and his wife Vera relocated the atelier to Åhus, on Sweden’s southeast coast. Not long after, Bergström also established a showroom in neighboring city Kristianstad.

Guided by the mantra, “Light must be white and shine freely,” he designed and produced functional yet modern fixtures that were intended to brighten up entire spaces. Bergström was ateljé Lyktan’s creative director for three decades, and, up until the beginning of the 1960s, the company’s sole designer. A great many of Bergström’s designs were one-offs, numbered but nameless.