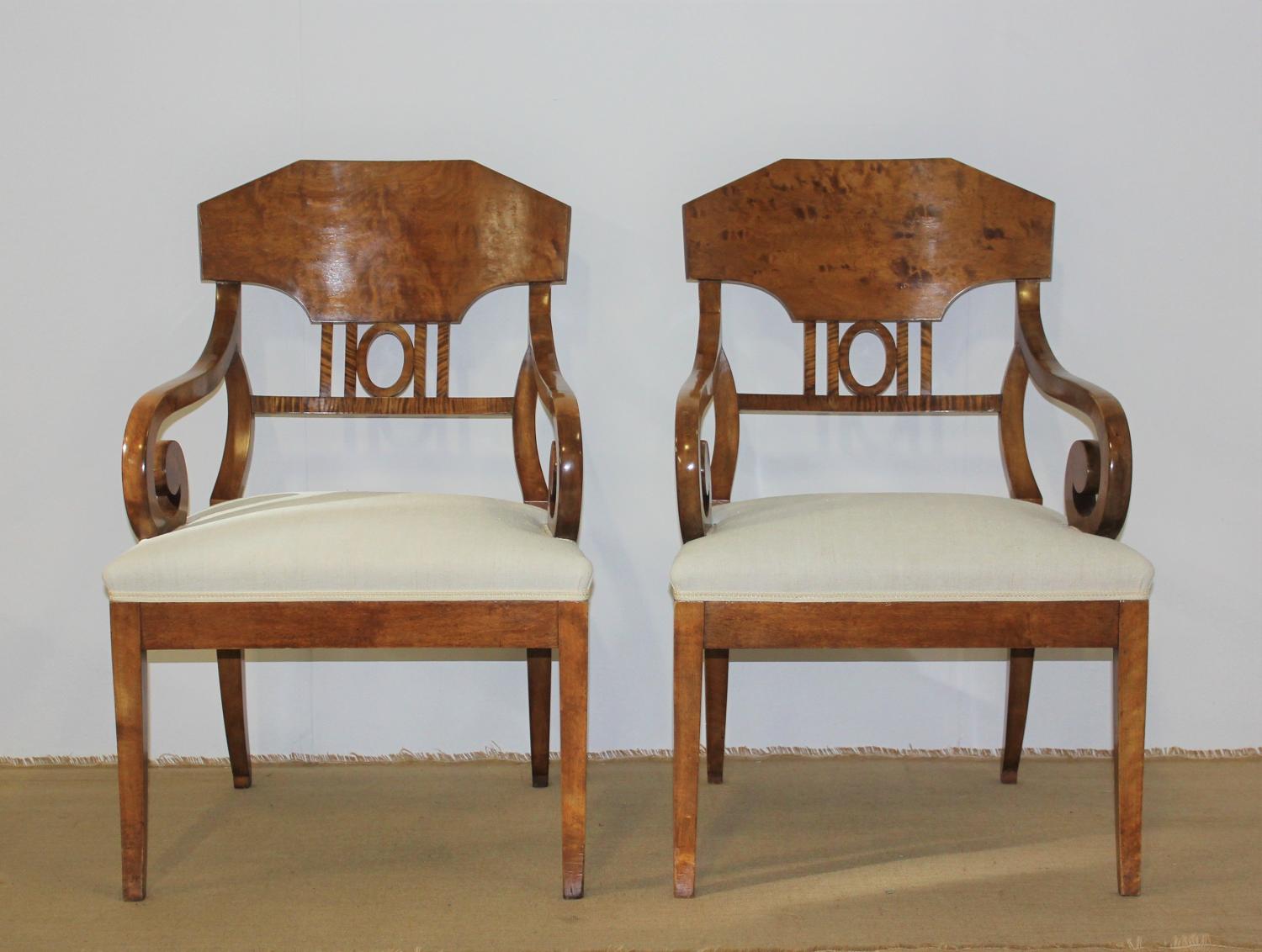 A pair of Karl-Johan style or Empire Birch armchairs, the backs veneered in figured Birch, the arms with deep scrolls.  Swedish c. 1875.

The French Empire style came to Sweden in 1810 when Marshal Jean-Baptiste Bernadotte was elected the heir-presumptive to the childless King Karl XIII of Sweden, he was a candidate of Napoleon, who hoped to influence the balance of power in northern Europe.  Jean-Baptiste Bernadotte became king in 1818 and took the name of Karl XIV Johan, King of Sweden and King of Norway under the Union.  The Empire style which he made fashionable in Sweden is known as Karl-Johan after him, the Swedes adapted and interpreted the French examples to suit their own tastes and local materials. 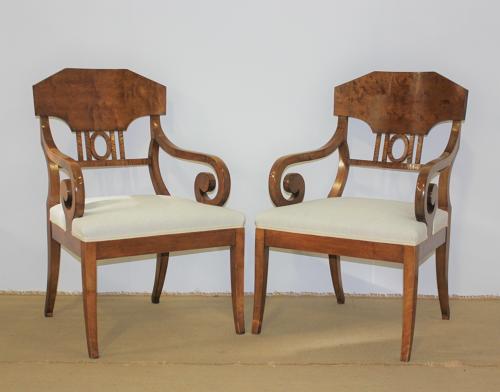 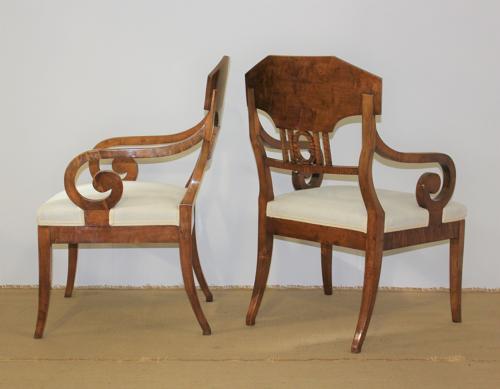 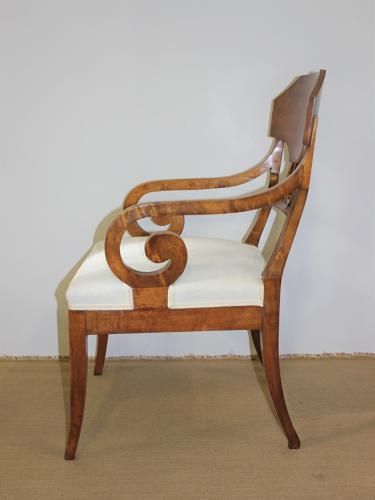