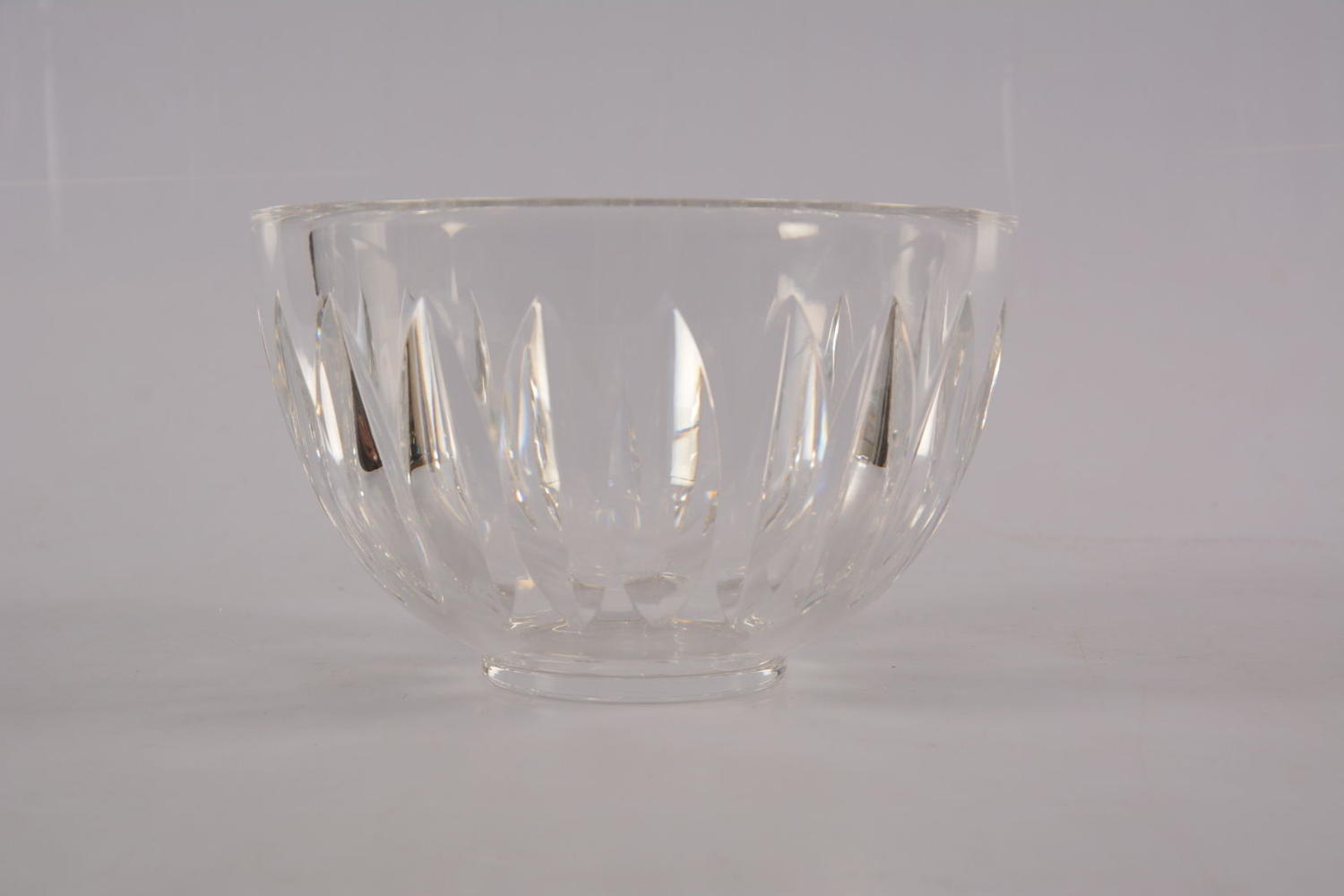 A Swedish lead glass bowl by Sven Palmqvist at Orrefors

Glass artist Sven Robert Palmqvist (sometimes spelled Palmquist) was born in 1906 in Lenhovda, Sweden, died in 1984.  He is best known for his collaboration with the glassworks Orrefors, for which Palmqvist created the Fuga bowl series.  Palmqvists's most successful design came with the 1954 Fuga bowl series (sometimes known as Colora). Instead of mouth or hand-blown glass, the Fuga bowls were formed from spinning molten glass on a rotating mould, which created an attractive, durable piece.  It is rumoured that Orrefors was sceptical about the high-tech design until the iconic Swedish department store, Nordiska Kompaniet, ordered a year’s output of Fuga bowls. The series’ definitive breakthrough came in 1955, when it was exhibited at the “H55” Helsingborg Exhibition. It also won the Grand Prix at Milan’s Triennale in 1957, and went on to be a great commercial success for Orrefors. 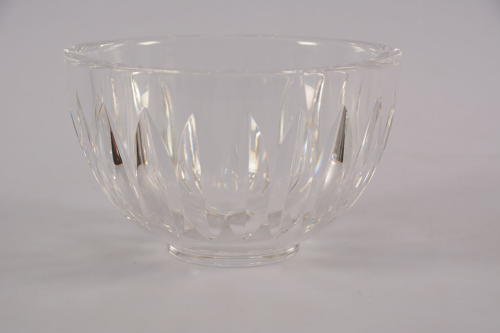 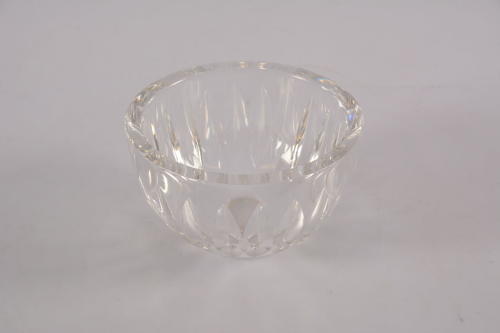