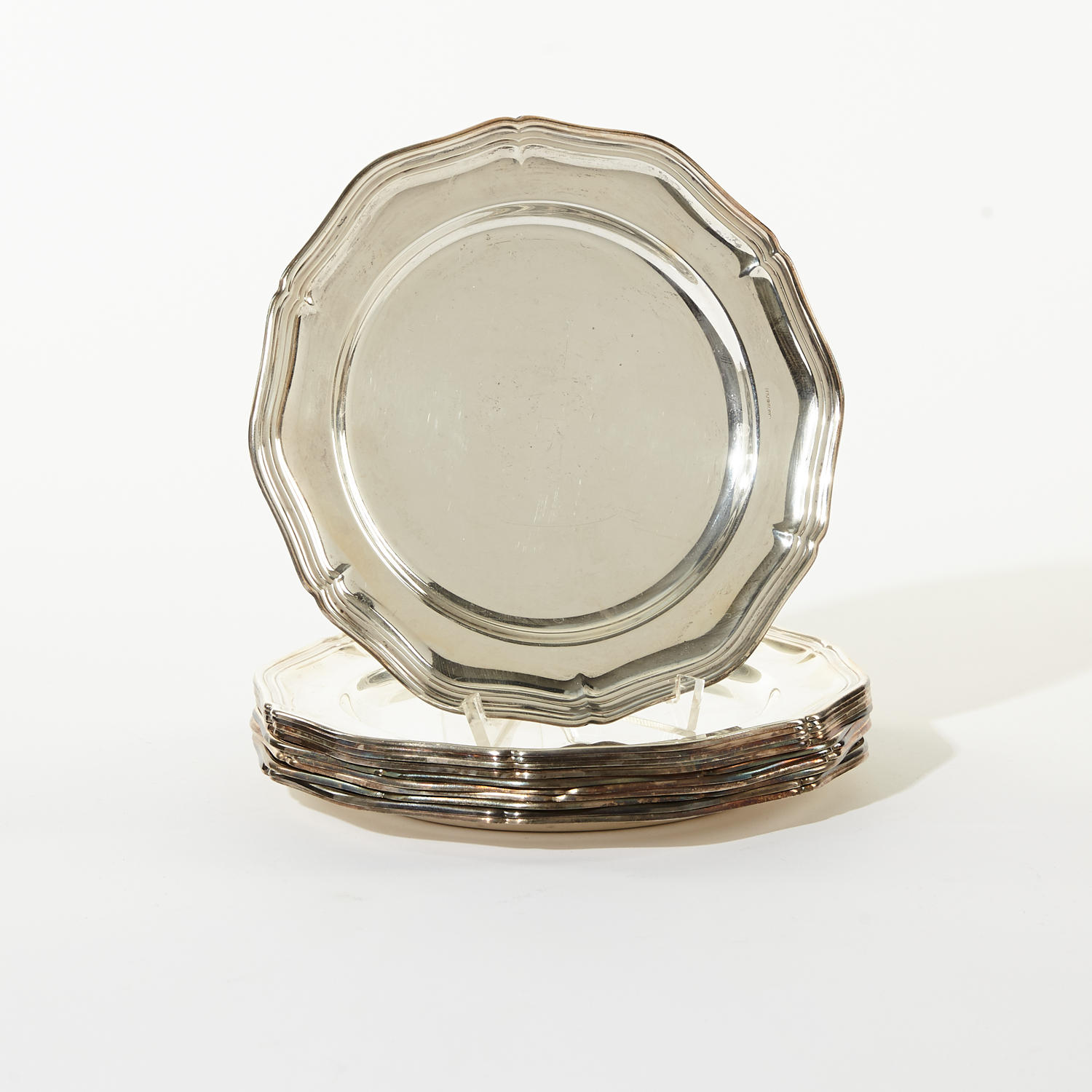 A set of 12 silver plate dishes

A set of 12 silver plate dishes by C.G. HALLBERG, with a rococo border, all plates with the makers marks and in excellent condition.

C.G. Hallberg was a prominent Swedish goldsmiths and jewellers, jeweller to the Swedish Court. Its central store was located at Drottninggatan 6 in Stockholm.  It is best known for its silverware and metal ware which continue to fetch high prices in auctions today. In the early 20th century it was the largest jewellers in Scandinavia and one of Sweden's top firms; by 1961 it was still the largest jewellers in Sweden with 31 domestic shops and a global export network. Jean Jahnsson was president from 1896. It merged with GAB in 1961. 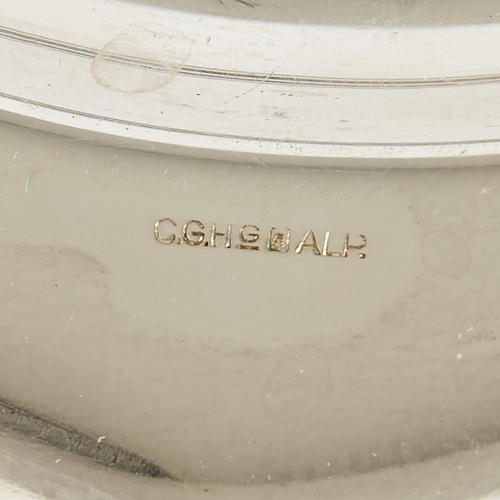