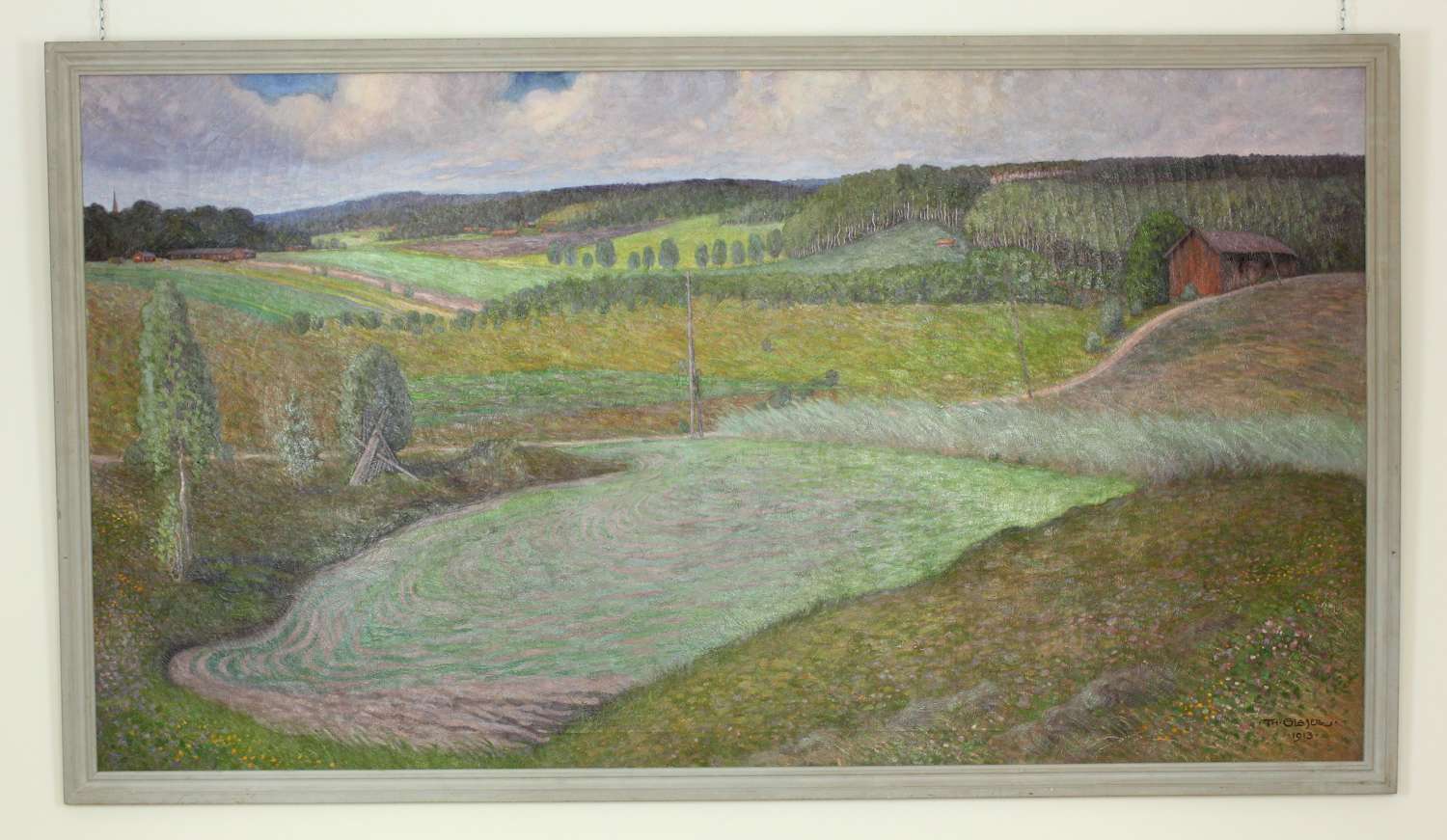 THEODOR GLASELL, Swedish 1874-1957, oil on canvas, signed and dated 1913, landscape.  A very large and striking Swedish landscape view with strong influences of the Art Nouveaux and the French school.

Theodor Frans Glasell, born 15.01.1874 in Göteborg, died 1957 in Hosjö Vika commune, he was a Swedish artist and drawing master.

He started his training as a goldsmith and through that came into contact with engraving which led his eye to art.  He took up art studies at Slöjdföreningens school in Gothenburg and at the Tekniska school in Stockholm doing the longer course 1897-1898 followed by  Högre konstindustriella Skolan 1898-1901.

During this time, he worked as a teacher at Althins Art School as well as starting his own evening school for drawing where one of his pupils was Axel Fridell.  After his studies he was appointed drawing master at the teacher training college in Falun and at Tekniska skolan in Falun where he ran evening classes for technical drawing.  When he retired, he focused completely on his own painting and did many solo exhibitions in Falun, Gävle, Helsingborg and Örebro.  He had taken part in group exhibitions since 1926 with the Dalarnas konstförening.  Most of his work is in watercolours but he also did oils as well as some stained glass after the sketches of Ivar Callmander. 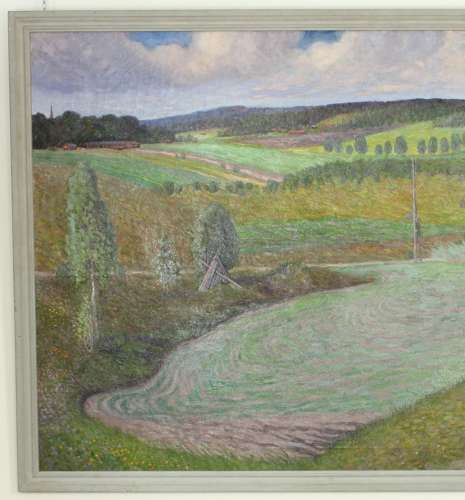 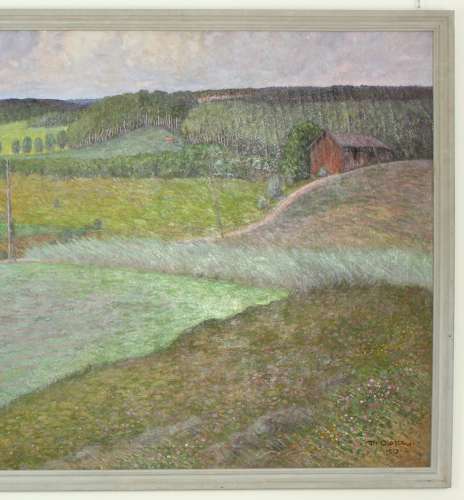 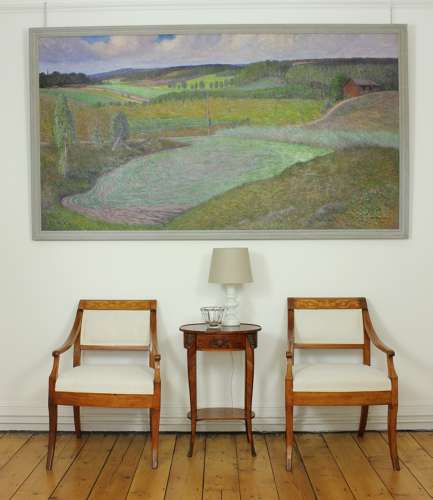 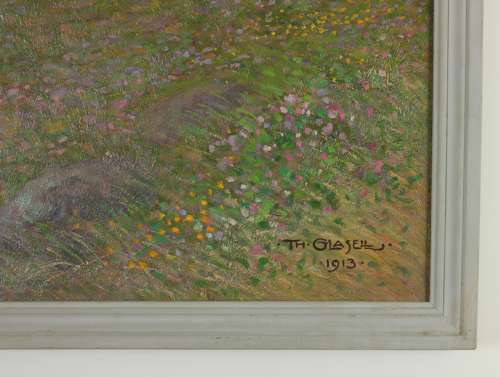