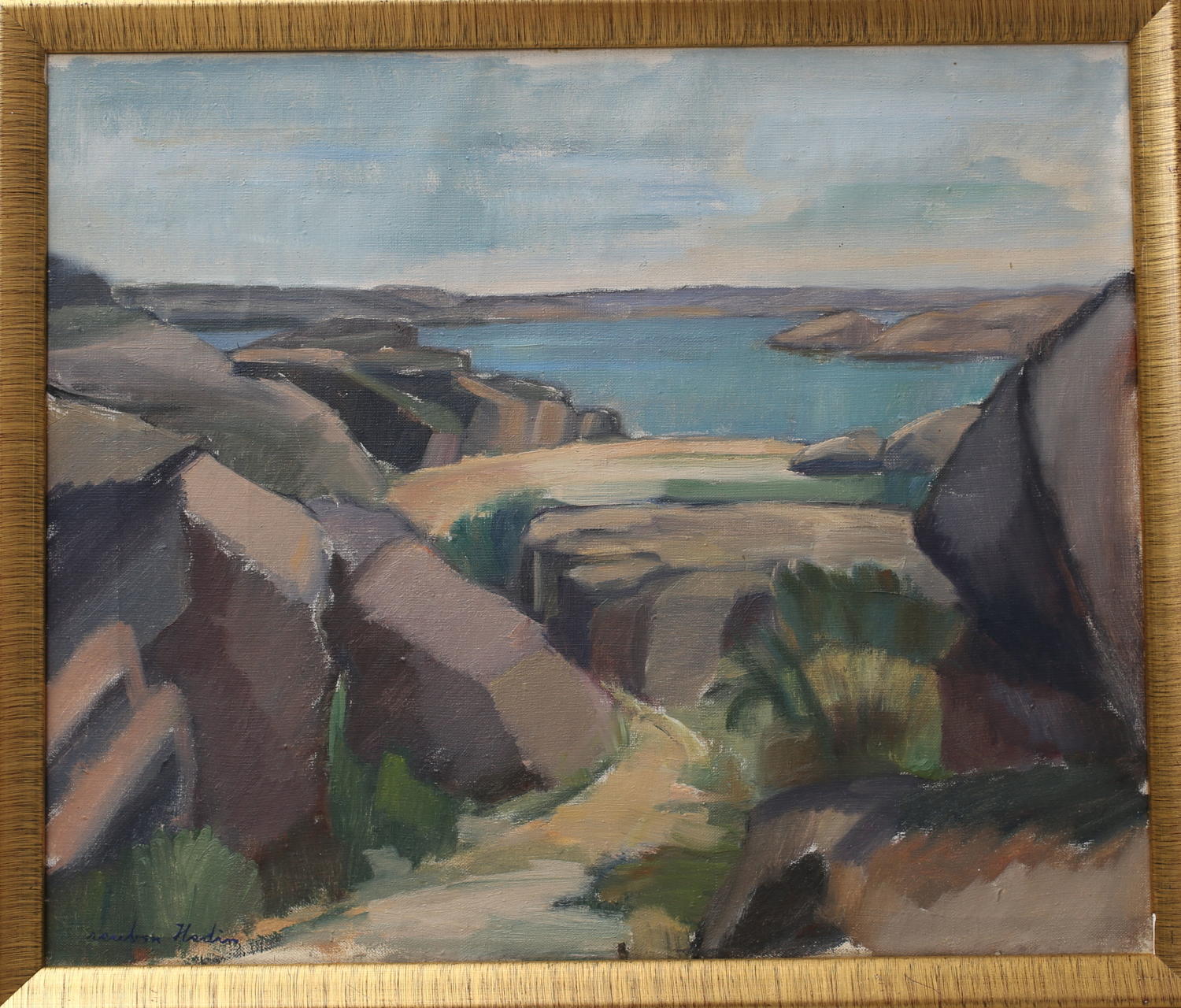 He started his working life in his father's painting firm.  After his marriage in 1930 they moved to Stockholm.

1947 - studied at the Académie de la Grande Chaumière, Paris.  He had travelled to Paris with several other Swedes including Arvid Källström.

1948 - exhibition with the results of the Paris trip.

1949 - he initiated the formation of the Virserums Art Association with the aim of fine painting and art being accessible to everyone.  1955 - he founded the Virserum's Art School as a concequence of the Association, with 30 odd pupils and teaching himself.

He did several study tours including to France, Italy, North Africa, Majorca, Egypt and Palestine.

He was actively painting and exhibiting all over Sweden into the 1980's, including public commissions.

1962 - first exhibition in Stockholm.  Folke Edwards wrote in the ‘Stockholmstidningen’ that 'Reuben Hedin's landscapes, still lives and figures were composed in a prismatic post cubism where the fluttering play of light and dark creates a many-sided architectural tone'.

He has later been compared to Gösta Adrian-Nilsson and the Halmstad's Group, especially when it comes to the impressive play of light in many of his larger works.

He painted expressionistic figure compositions and landscapes, often with abstract insinuation towards the mystic.  His work developed over the years, but he is considered a master of light.  He gained many public commissions over the years, mainly locally. 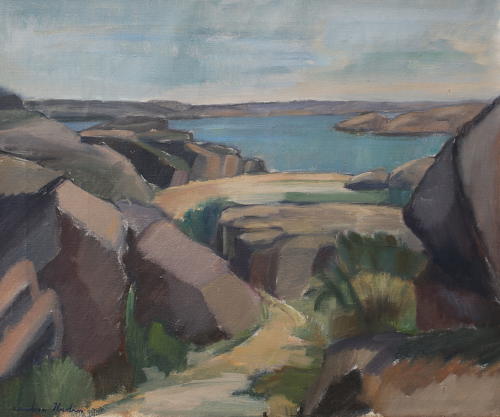 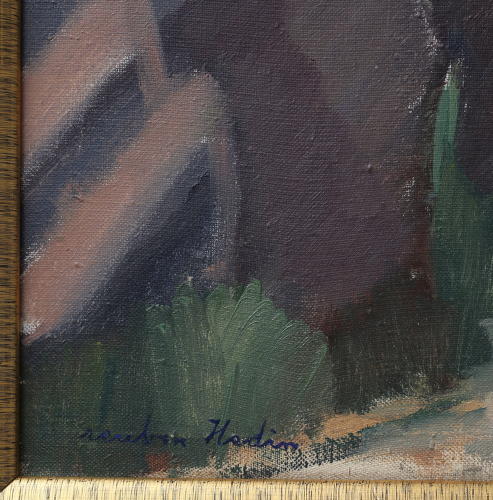