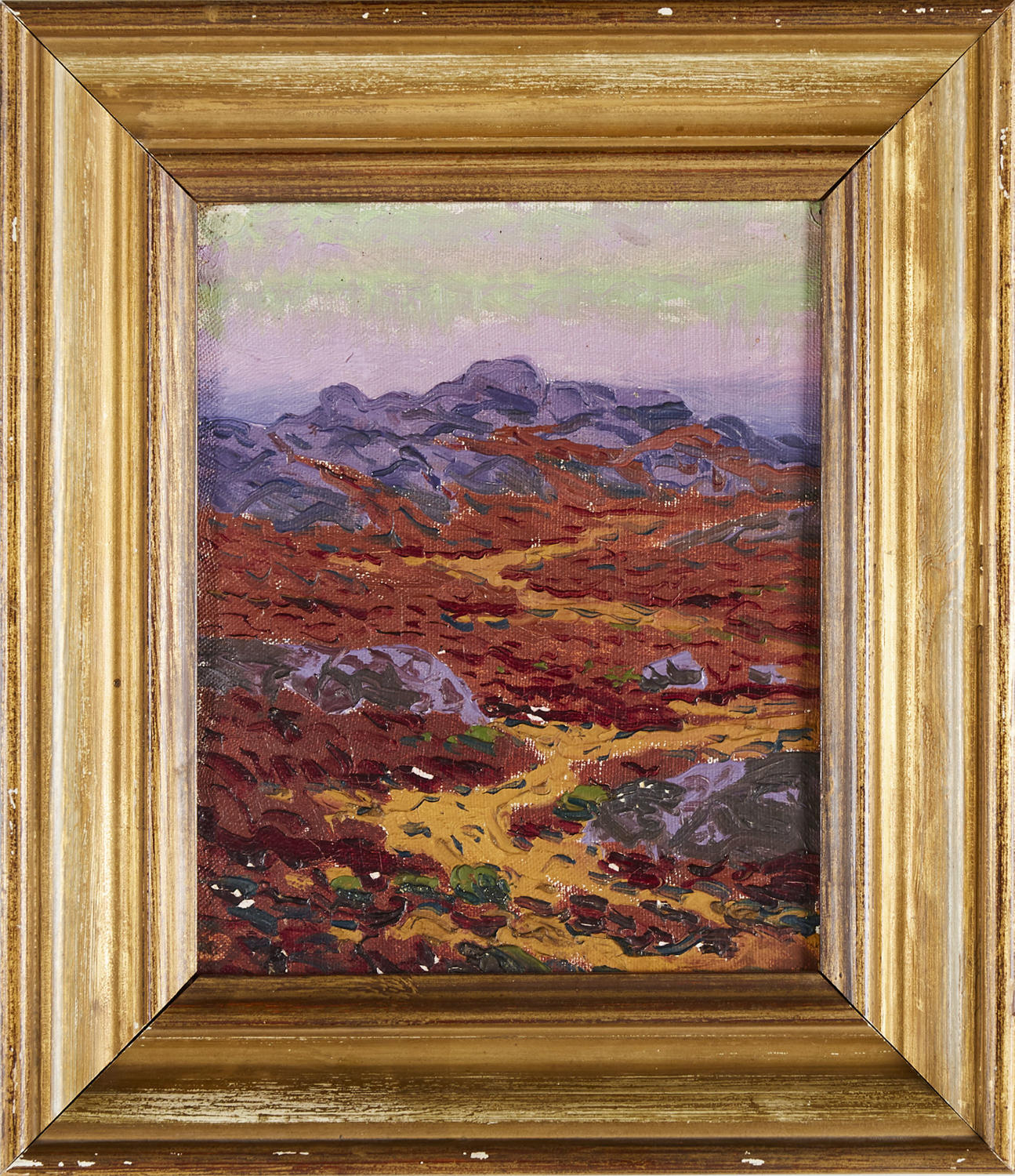 OLOF THUNMAN, Swedish 1879-1944, oil on canvas, unsigned, dated 1927, landscape view probably painted near Utbynäs.  This painting was one of the works listed in his Estate at his death.

Both his art and poetry were inspired by his local area of Uppland.

He taught Evert Taube both art and poetry and wrote the lyrics to a famous Swedish song.  He published five collections of poetry and one posthumous collection was given out in 1954.

After a time of study at Uppsala University he went over to art and poetry.

1902-1906 - studied at The Royal Academy of Fine Arts, Stockholm, where in his last year he got the Academy's second medal.

1905 - exhibited at the The Royal Academy of Fine Arts, Stockholm

1942 - first and solo exhibition was at Uppland's Nation in Uppsala,

1945 - Memorial Exhibition was given at Östgöta Nation in Uppsala.

His early works are mainly marine views and during the 1920's he moved more to landscapes and working in Indian ink, pastel and chalk.

For nearly 30 years he produced most of the drawings and some articles for the Uppsala Nya Tidnings lavish Christmas editions with views of the local area and the people, some of his drawings were also used to illustrate his poetry. 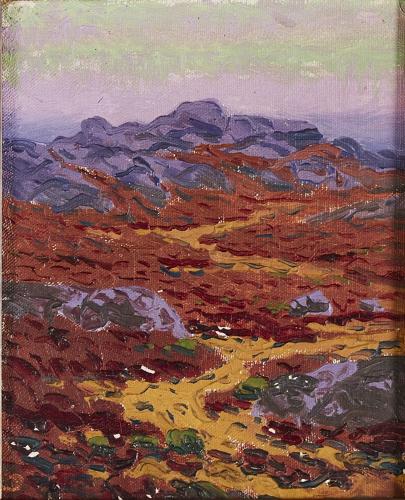