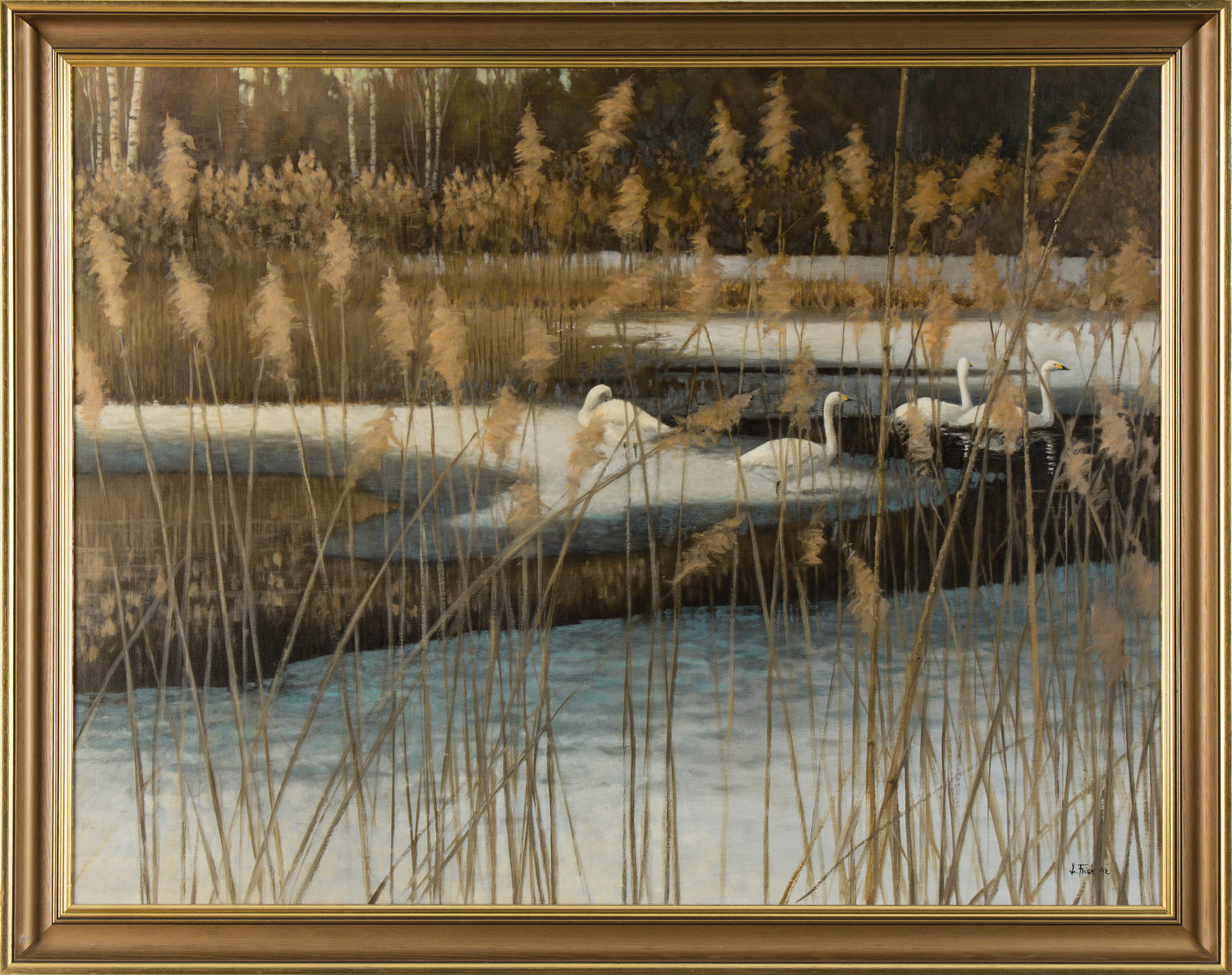 John Göte Lennart Frisk, born 14.03.1943 in Resmo on Öland, died 12.06.2000 in Solberga Blackstad in Småland.
He started his artistic life in the early 1970's and is well known for his nature paitings as well as his abstract works.  He had a studio at home in Solberga and during the 80's another in Stockholm.

During the 80's he also set up and organised a series of concerts / performances under the title ”Sommarnattskonserter” - Summer Evening Concerts - in Solberga which included music, dance, visual arts and poetry. 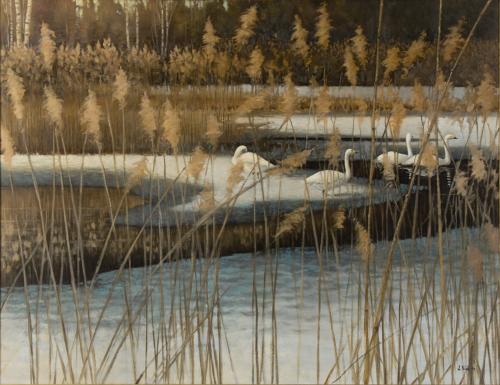 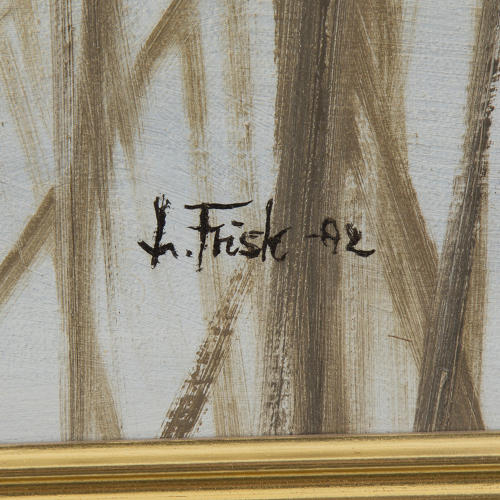