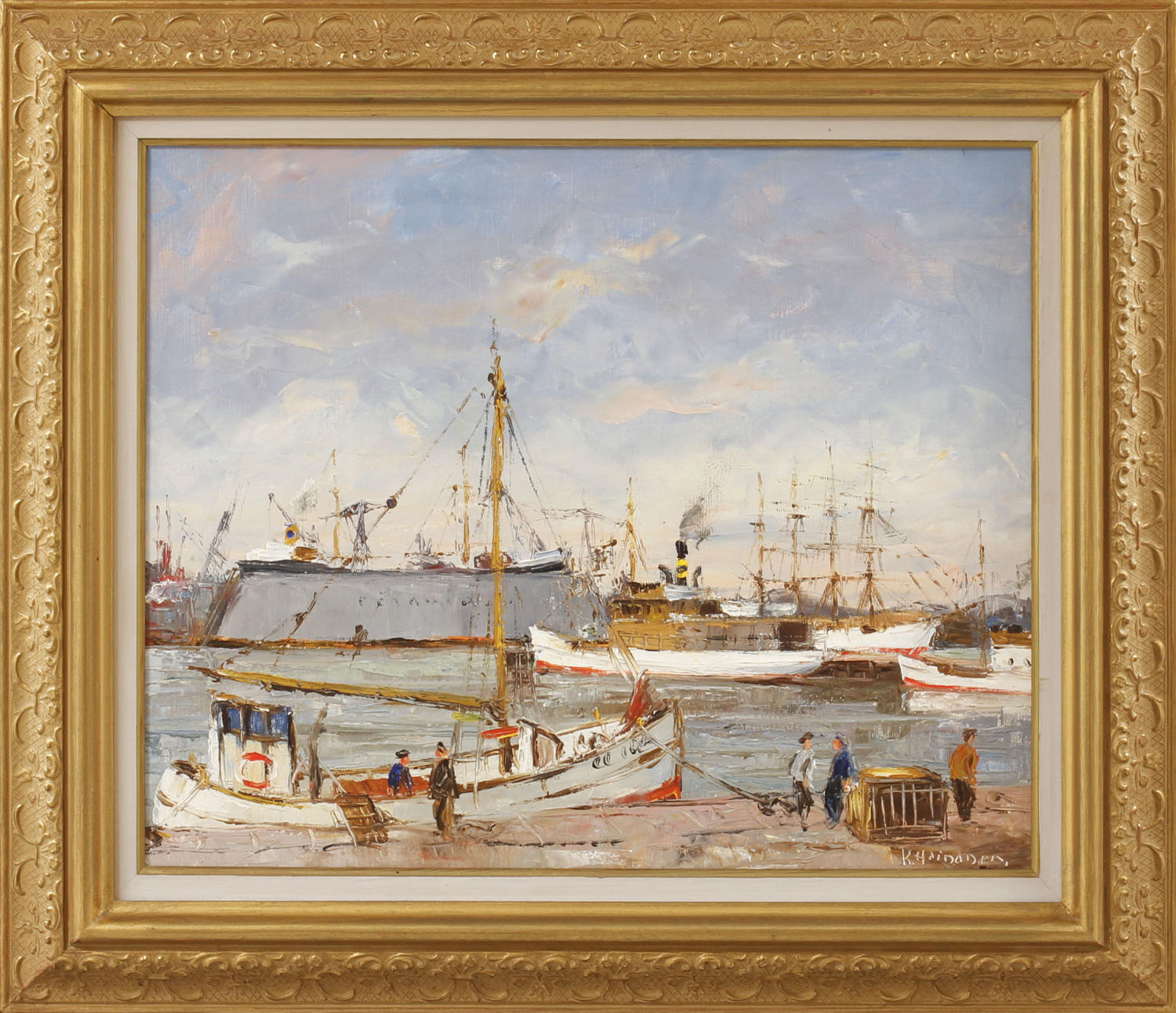 Heinonen studied at Ateneum in Helsiki and with Antti Favén, G. Paer Voland and Endre Nemes.  He did study trips to Spain, France and Italy.

Most of his painting are done using a palette knife with strong clear colouring, and mainly from the west coast region of Sweden with views of fishing harbours with boats.

Viking (also known by the ship type as a prefix, Barken Viking) is a four-masted steel barque, built in 1906 by Burmeister & Wain in Copenhagen, Denmark. She is reported to be the largest sailing ship ever built in Scandinavia. 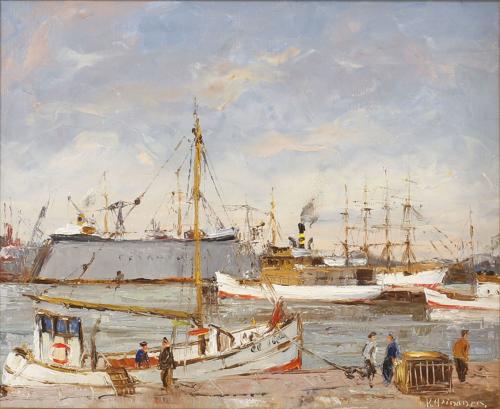 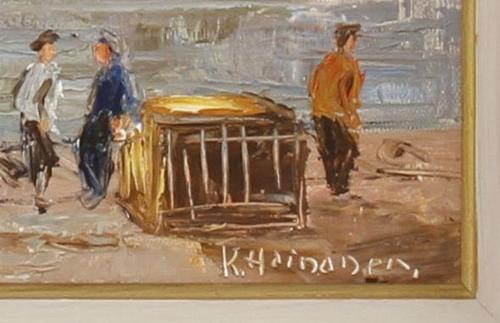