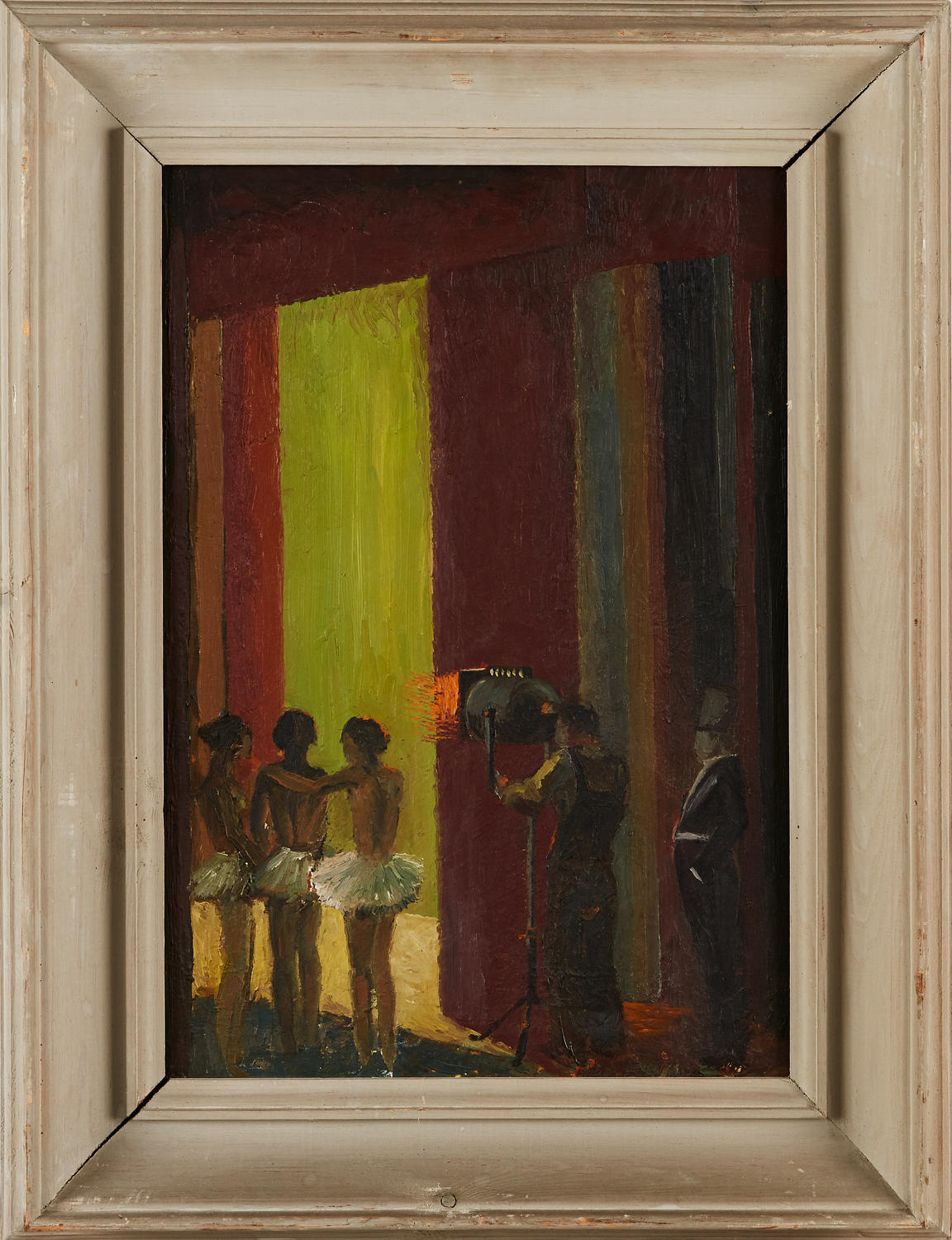 HARALD GARMLAND - From a Theater, oil on canvas

Garmland studied at Edward Berggrens painting school and at  Konstakademin in Stockholm 1926-1928, as well as at Académie Colarossi, Paris and trips to Holland and England.  He was engaged as theatrical designer with Södra teaterns revy in 1929.  Followed by work for Ernst Rolf at China as well as Oscarsteatern, Blancheteatern och Kungliga Operan.  Garmland is represented at the  Nationalmuseum, Stockholm; Eskilstuna konstmuseum; Lunds university; Scenkonstmuseet, Museum of Theatre Art in New York and at Conservatory of Music in Rio de Janerio. 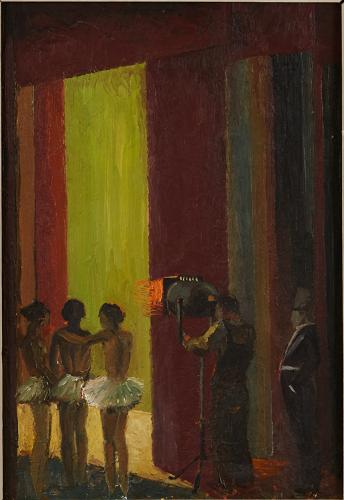