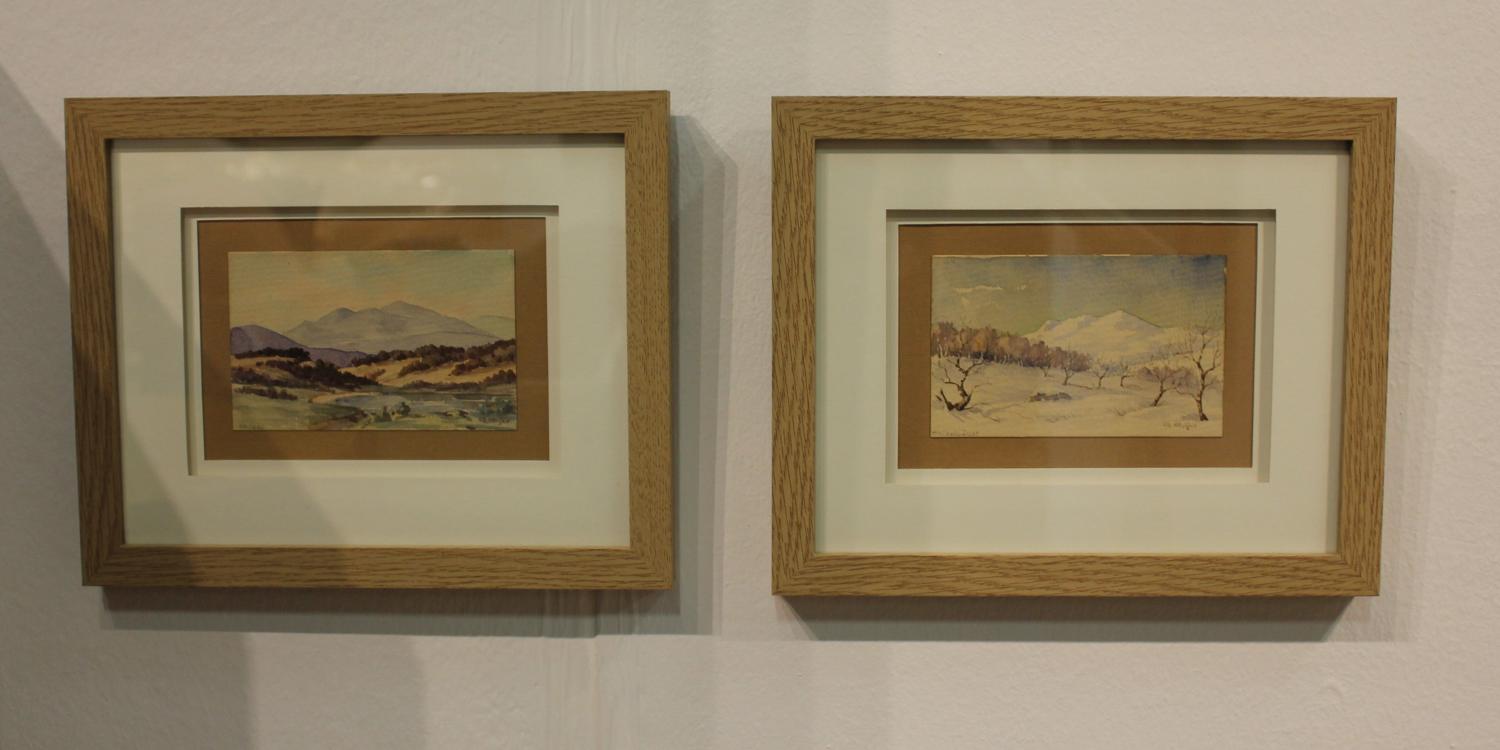 Helagsfjället, the mountain of Helags, is a mountain in Härjedalen, Sweden, and is part of the Scandinavian Mountains. The peak reaches 1,797 metres above sea level, which makes it the highest mountain in Sweden south of the Arctic Circle. Its glacier is the country's southernmost.

Gustaf Adolf Geijer, born 26.07.1870 in Kristinehamn, died 14.05.1957 in Stockholm.  He was a Swedish Lieutenant Colonel in the Norrland Artillery Regiment and an artist.  He was a son of the District Court Judge Adolf Geijer and part of the prominent Geijer family.  As a painter he mainly produced watercolours of the Jämtland countryside which includes the mountains shown in these watercolours.  A number of his works were published in Jämten, the annual publication by the Jämtland County Museum. 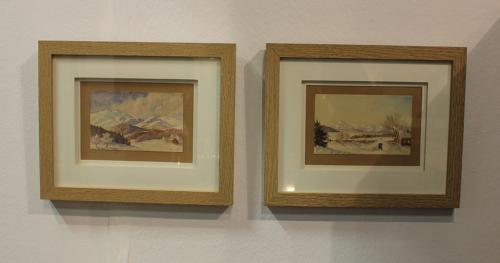 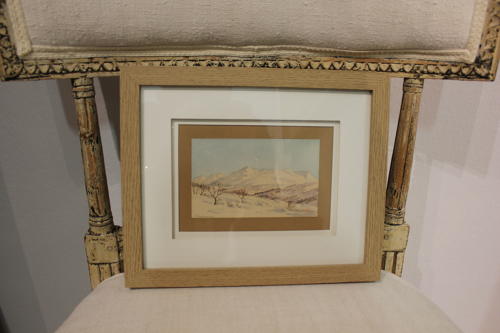 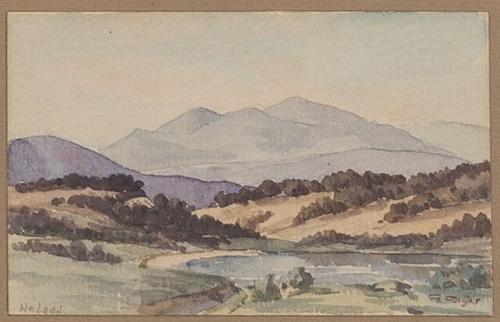 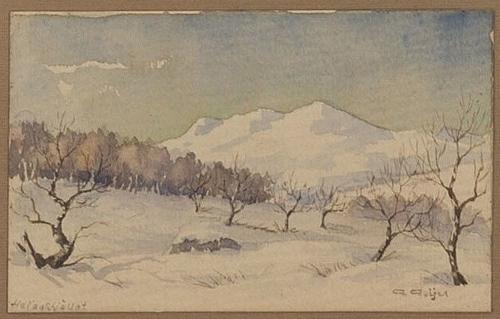 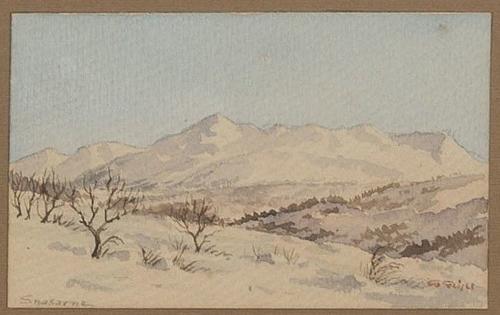 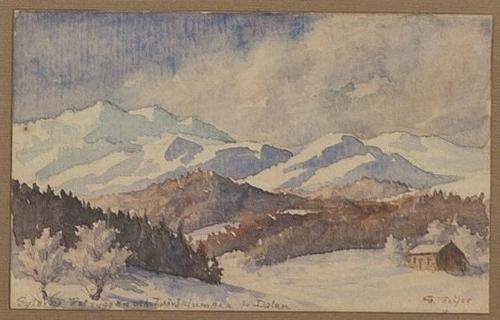 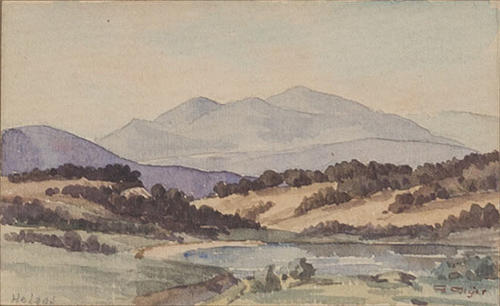 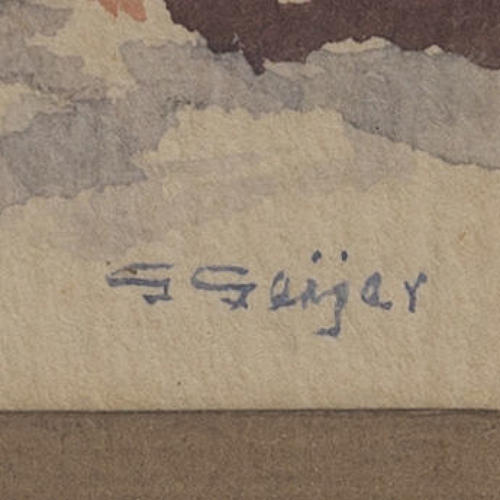 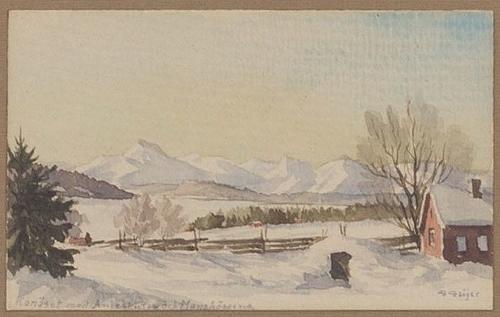