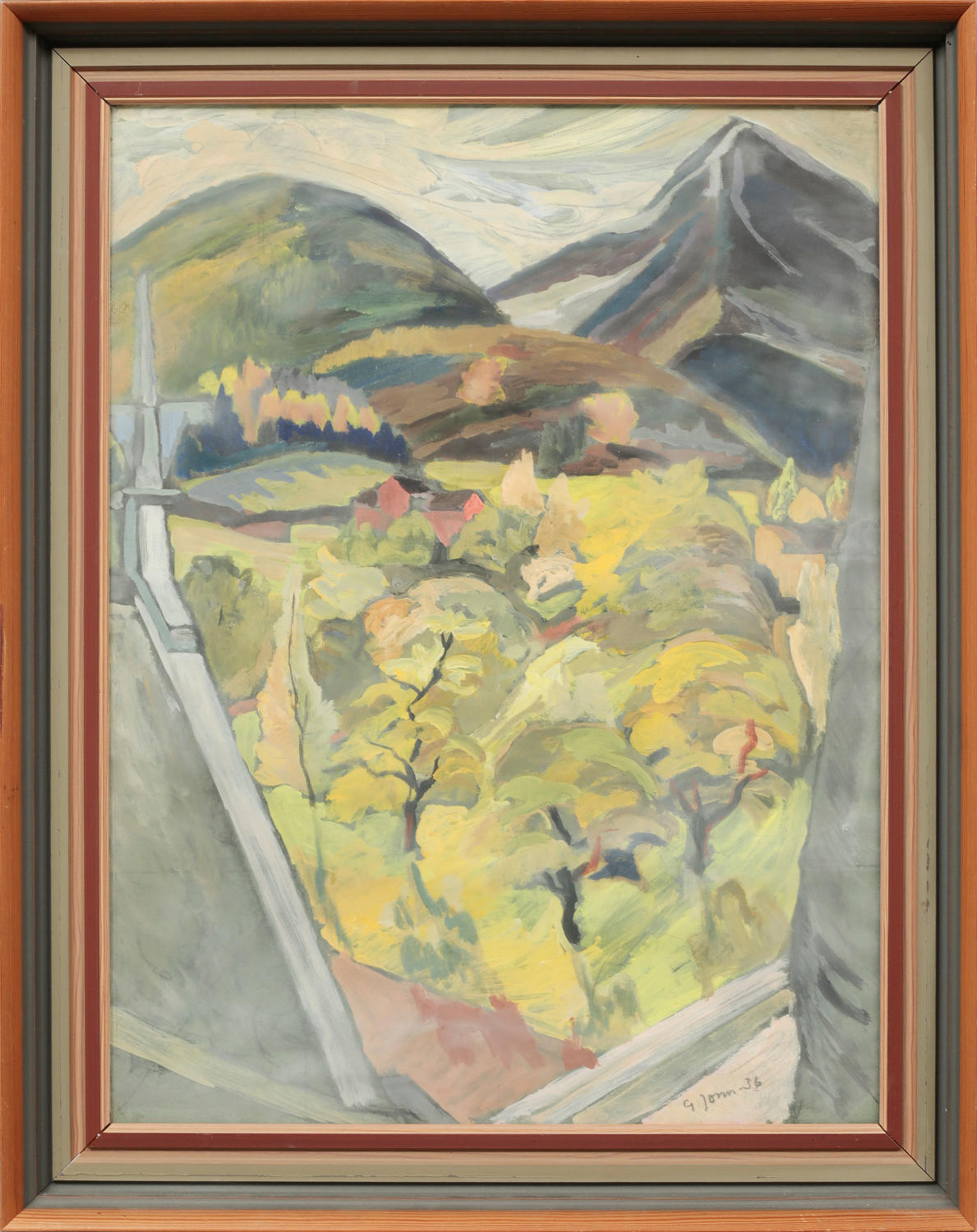 GUNNAR JONN, Swedish 1904-1963, oil on canvas, signed and dated '36, a landscape view from the roof tops.  The view is given extra drama and scope by being seen and painted from a high attic window.

He did study tours of Germany, Norway, Spain and Yugoslavia.

He did a number of other solo exhibitions including at Malmö Museum and at SDS-hallen in Malmö.

He also took part in group exhibitions with the Skånes Art Association and with the Aura Art Group.

During the late 1930's he experimented with various materials including sand and chromoplast to increase the relief work.

Among his noted public commissions are the al secco wall paintings on the staircase at Solidars Offices, the ABF House in Malmö, Trelleborgs Harbour Offices and at Malmö Rowing Club.

His works include still lives, scenes of children, figure compositions, self-portraits and landscapes often with views of Norway, Ven and Yugoslavia in oil or tempera. 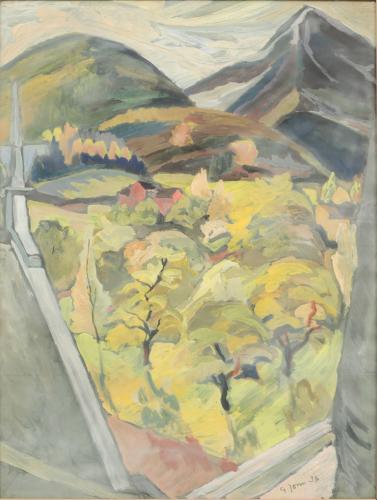 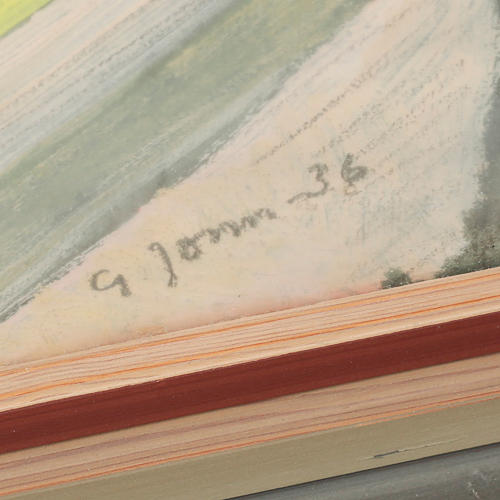