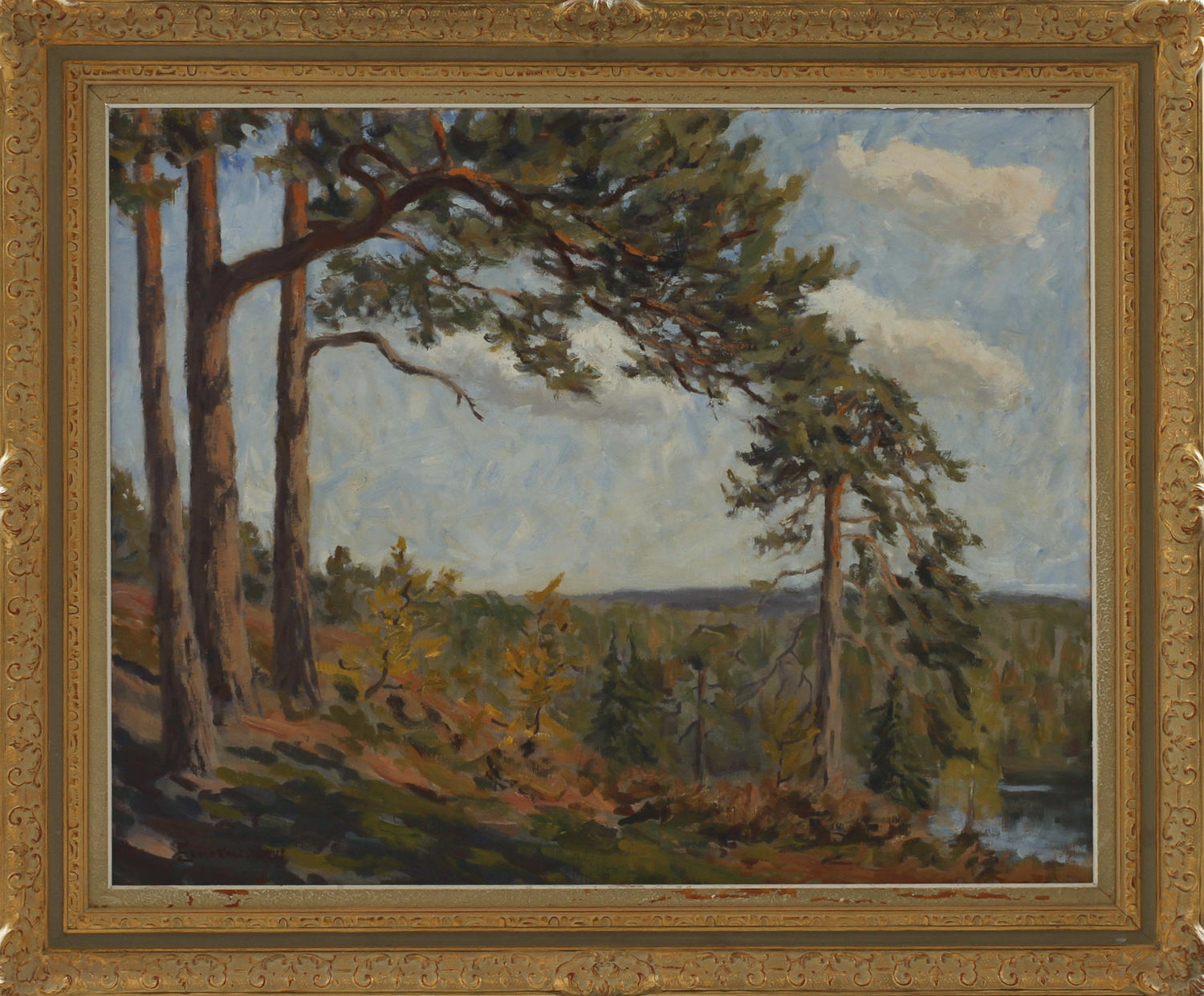 EVALD KALLSTENIUS, Swedish 1898-1957, oil on canvas, signed, landscape with pine trees with a glimpse of water.

Evald Knut Baltzar Kallstenius, born 07.03.1898 in Stockholm, died 1957, he was a son of the artist Gottfried Kallstenius.

1926 - he was awarded the State Travelling Scholarship.  This scholarship took him and his studies to France, Holland, Belgium, Italy and Spain.

His works are generally light filled landscapes from the Stockholm area often with views of water and with influences of his father’s work.

Kalmar Art Museum and other collections. 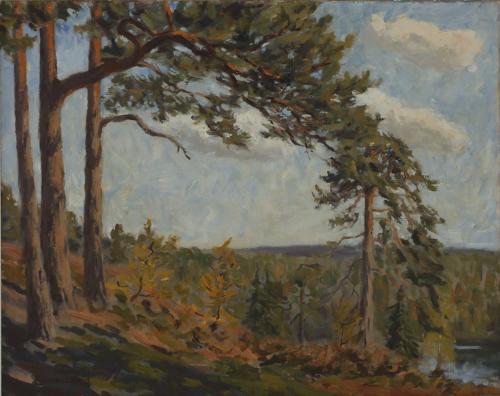 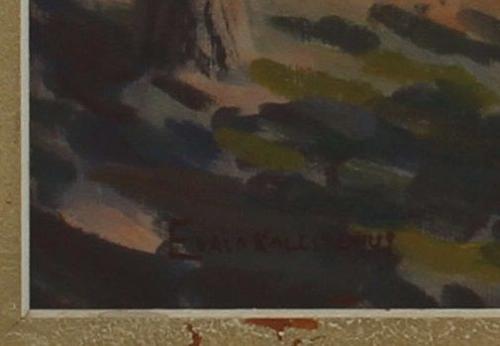