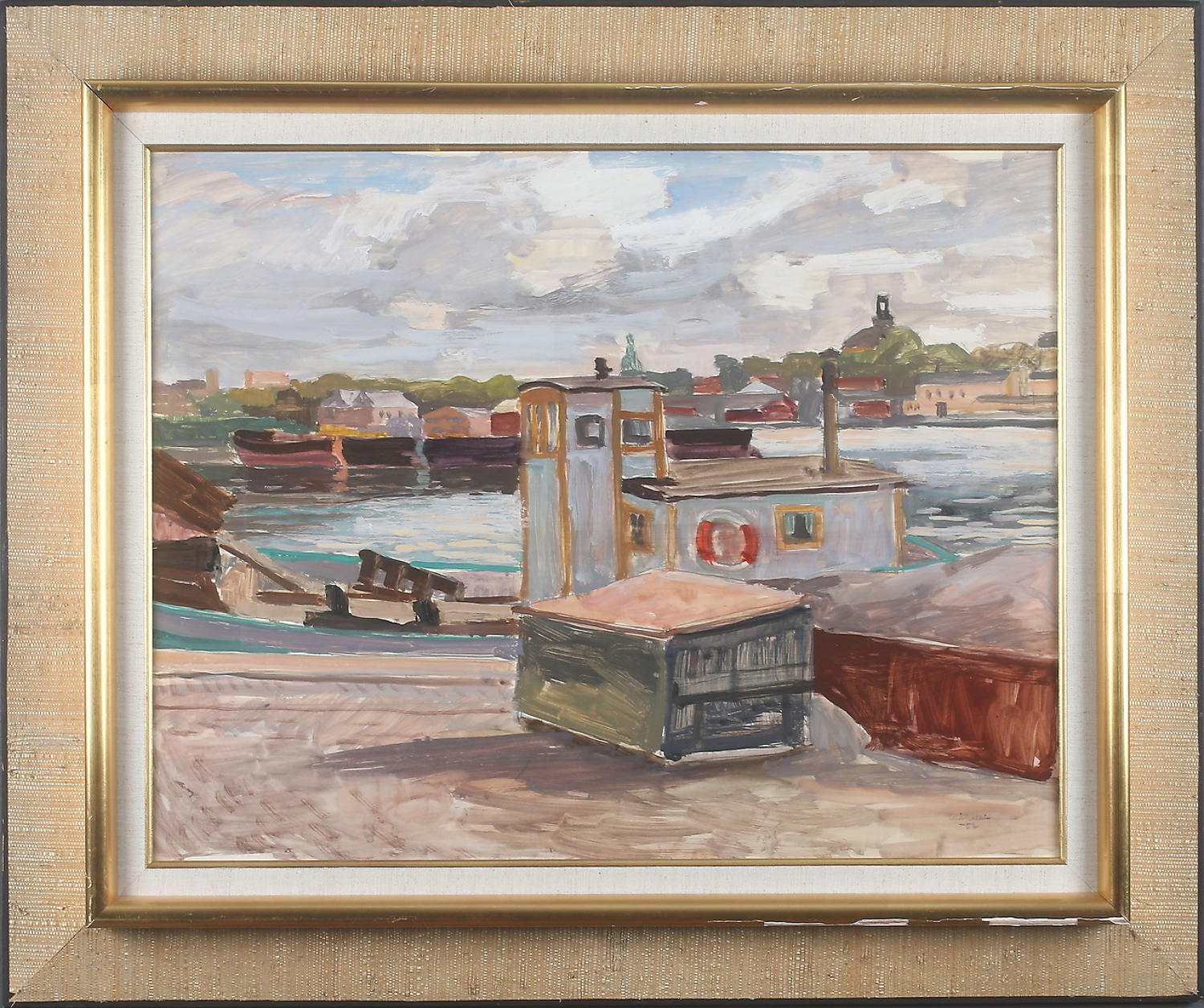 1938 - the Uppsala Art Association invited him to do a Retrospective Exhibition.

He took part in exhibitions in Brussels, Tallinn, Riga and Helsinki.

He was the chairman of the Swedish Artist Club between 1936 and 1947, being named Honorary Chairman in 1958.  He painted portraits, landscapes and still lives in oil.