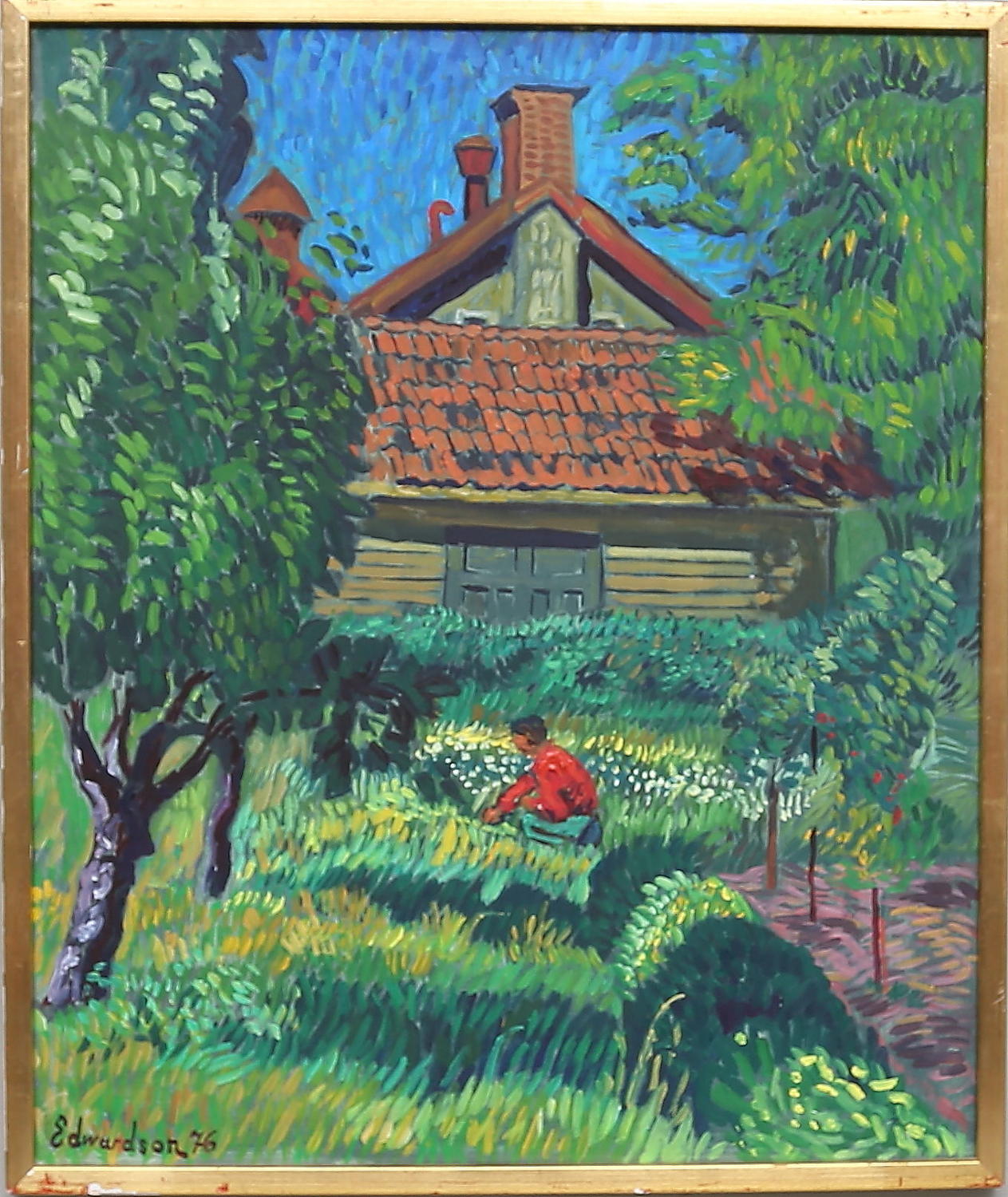 Christer Fredrik Wilhelm Edwardson Schmiterlöw, born 17.04.1926 in Karlskrona, died 07.12.1995 in Stockholm, he was a Swedish painter, drawer, graphic artist and ceramists.
After studies at Otte Skölds painting school in Stockholm 1944–1945, he moved to Argentina for a long period and studied the manufacture of ceramics at the  Escuela Industrial de Ceramica in Jujuy.  After that he worked for a number of years as a designer at Industrial de Ceramica in Jujuy and as a drawing master in the local schools between 1956–1963.  He took part in exhibitions in Jujuy arranged by the  Instituto Provincial de Arte y Cultura  as well as a solo exhibition in Jujuy 1962.
He returned to Sweden in 1963, doing a solo exhibition at Galleri Vasa, Stockholm 1964, and took part in Liljevalchs Vårsalonger - Spring Salons.  Schmiterlöw sometimes signs as Edwardson.  His work consists of still lives, landscapes and figures either oils or watercolour. 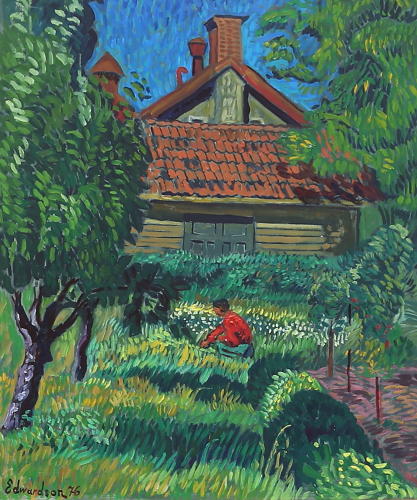 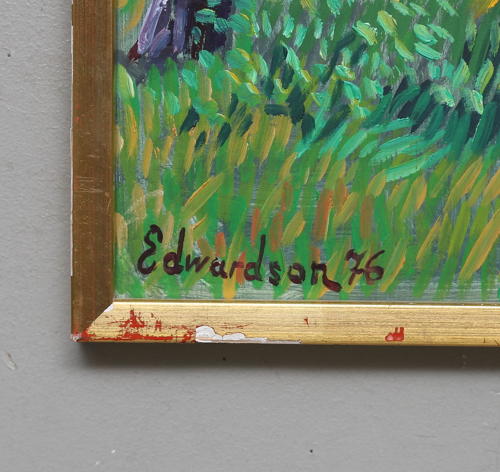