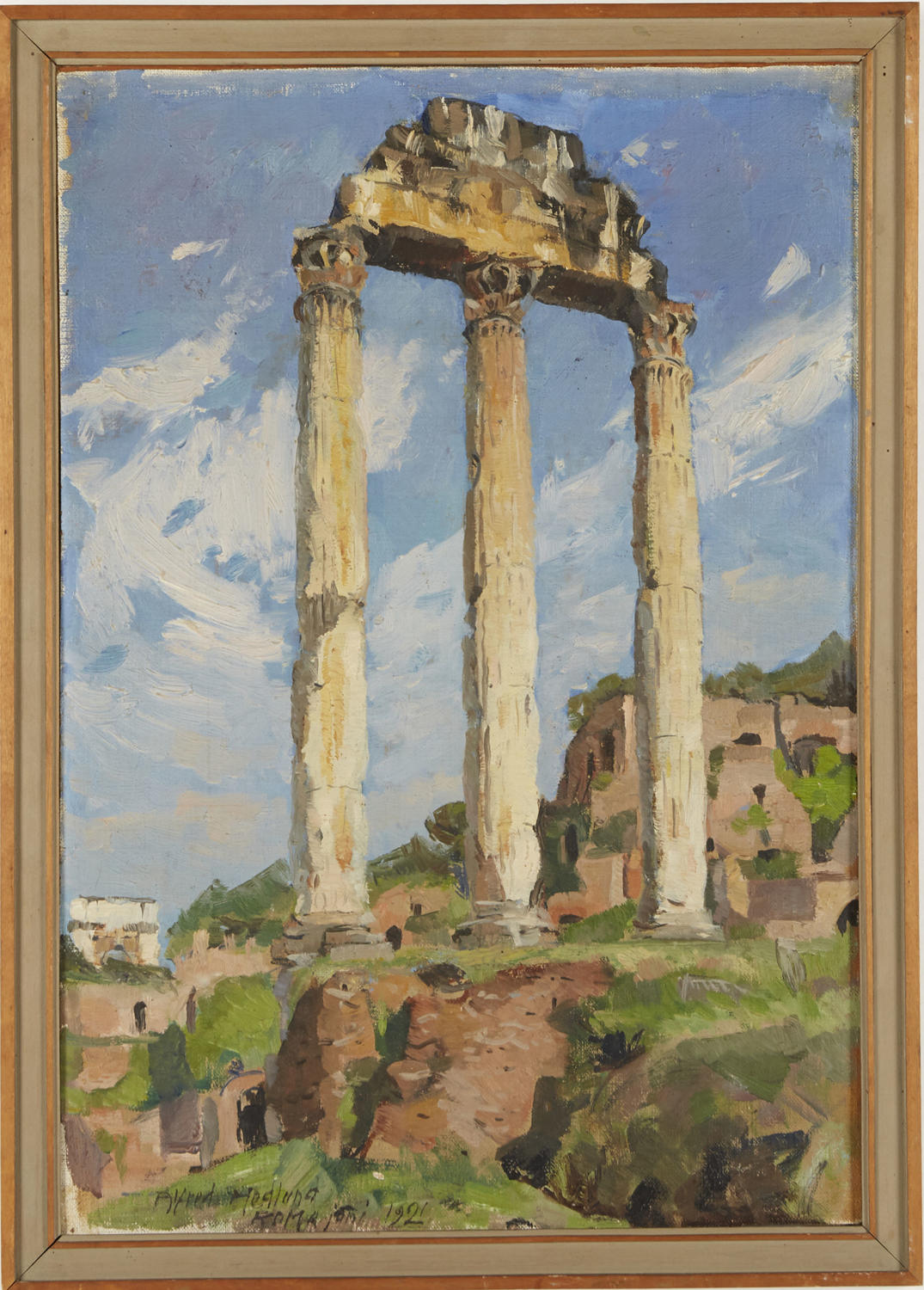 ALFRED HEDLUND, Swedish 1884-1930, oil on canvas, signed and dated - Roma Jani 1921, a view of the Forum Romanum, the canvas later pasted to a panel, original frame.

1898 - started his art studies at 14 in Lund whilst also studying with Fredrik Krebs at the Technical School in Lund.

1908 - studying at the Stockholm Technical School

1908 - evening classes at the Swedish Royal Academy of Art. He worked as a decorator whilst studying.

1910 - he studied landscape painting full time with Olof Arborelius and Alfred Bergström, and portraiture with Oscar Björk at the Academy until 1916.

1920 - awarded a Travel Scholarship which took him to Paris, Marseilles, Rome and Palermo.

1923 - Solo Exhibition at the University of Lund's Art Gallery.

1924 – onwards, he took part in the annual exhibitions held by the Skånes Art Association.

He was one of the founders of the Aura art group and took part in many of their exhibitions.  His works include portraits, landscapes and city views, views of Skåne and the Stockholm area.

The University of Lund's Museum 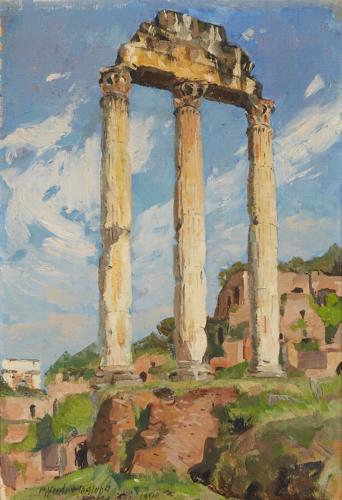 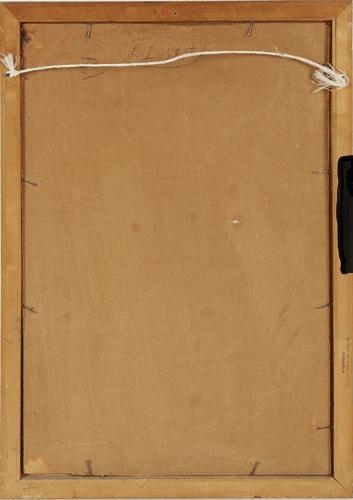 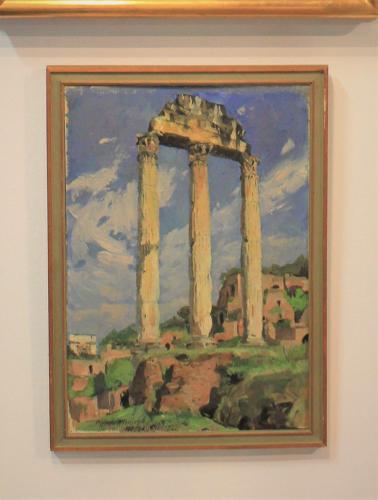