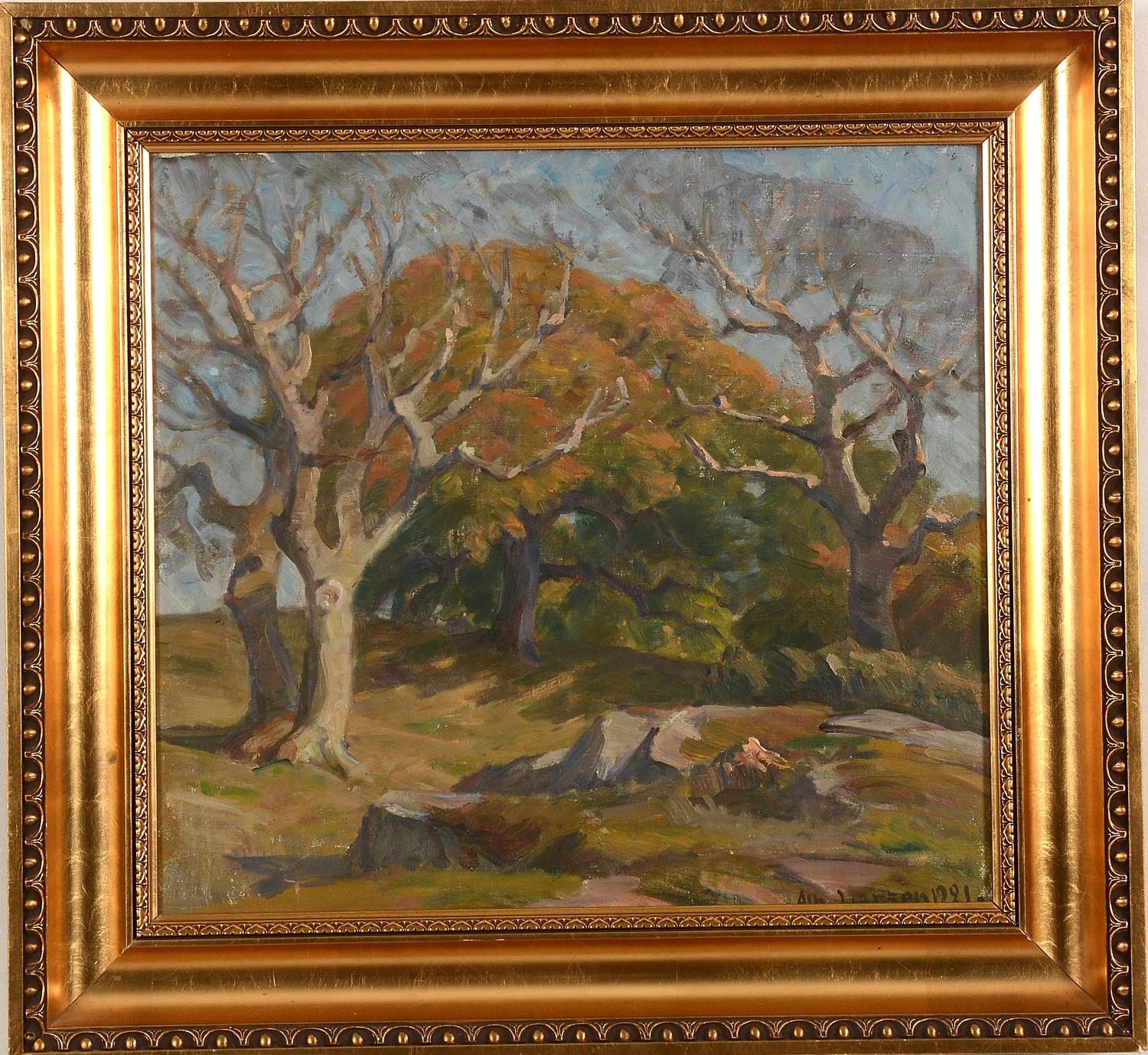 Albert Julius Martin Larsen, born 09.05.1885 in Köpenhamn, died 1957 in Ystad, Sweden, he was a Danish/Swedish artist and graphic artist.

Larsen studied art with Viggo Johansen at the Danish Konstakademien in Copenhagen and during study trips to Germany, Austria and Italy.  He settled first in Norway where he painted for four years.  Then in the 1920's he moved to Ystad in Sweden.  He had solo exhibitions in Ystad and took part in the Swedish / Danish exhibition in Copenhagen in 1942.  His works include portraits, flowers pictures and landscapes. 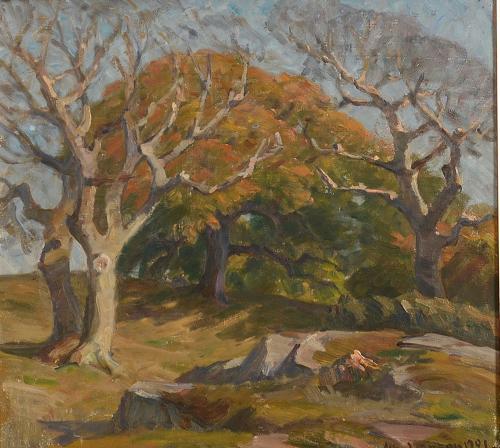