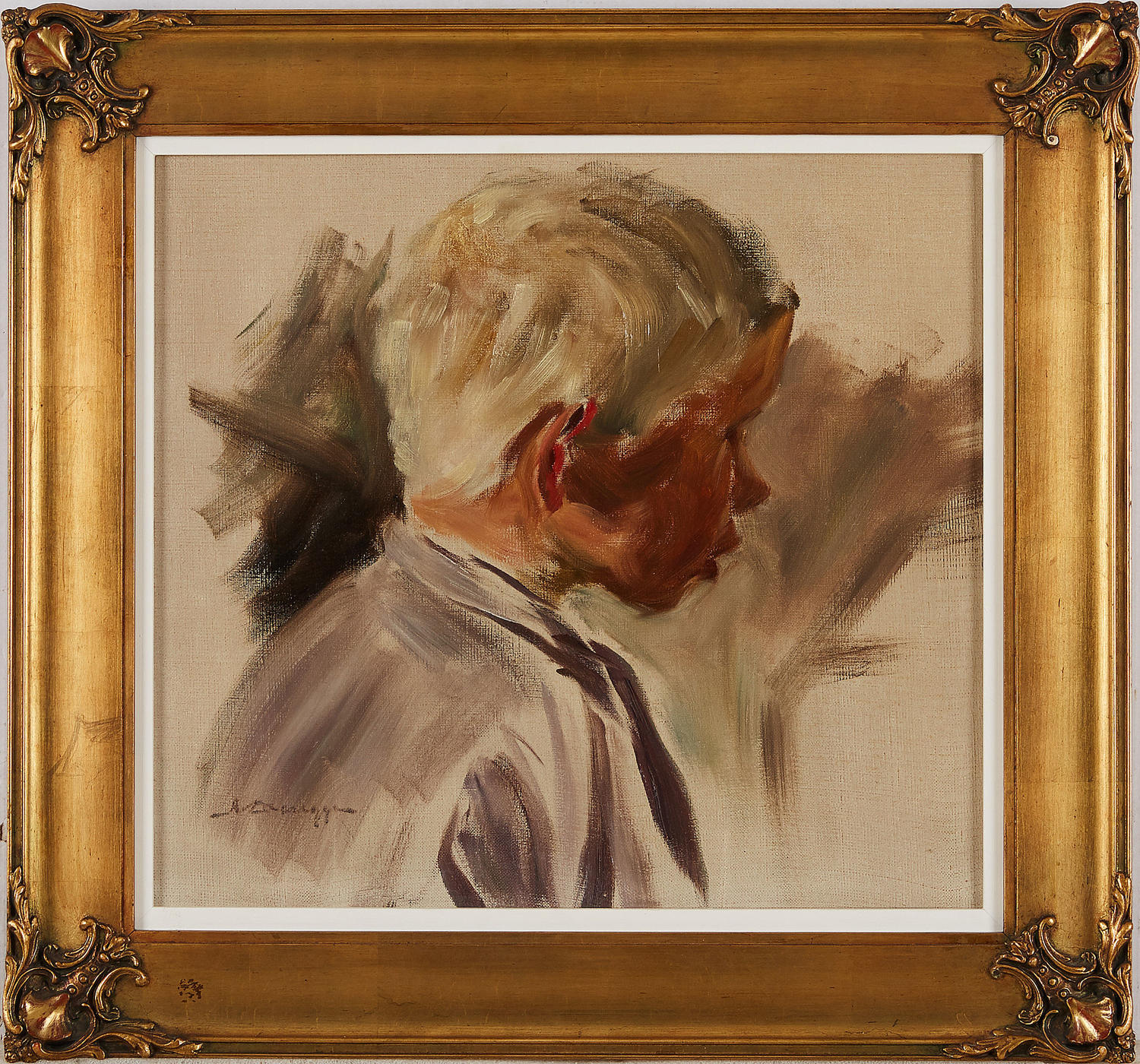 ADOLF DROUGGE, Swedish 1867-1956, oil on canvas, signed A. Drougge, added date of 1906 on the frame, a charming and confident sketch profile of a young boy.

1893-1898 - studied medicine at The Karolinska University Hospital in Stockholm

1903-1910 - battalion doctor with the Kronoberg's Regiment, then with Göta Livgarde (Infantry).

He made himself known through his portraits of fellow doctors and took part in exhibitions at Liljevalchs Konsthall, Stockholm.

Represented with portraits of Professor O.T. Hult and Karl Gustaf Lennander at the Swedish Medical Association; and of Professor Johan Berg performing an operation at The Karolinska University Hospital. 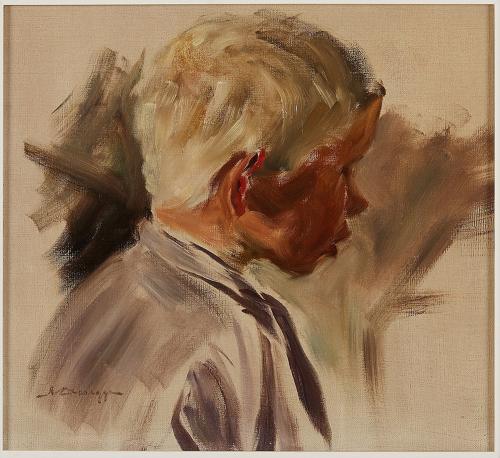